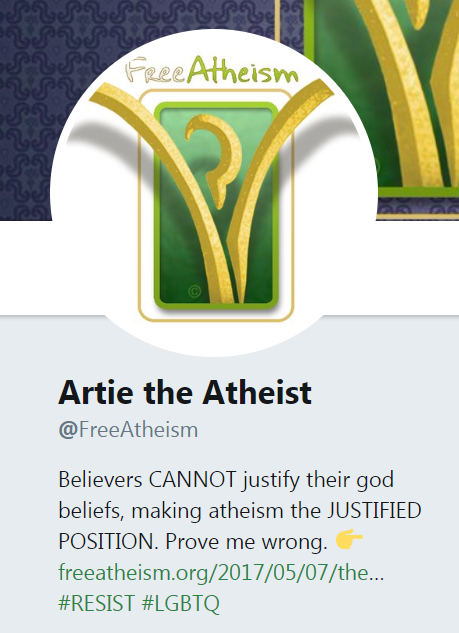 Today, I came across this Twitter profile. So of course, I had to reply:

This prompted a reply from “Jeffrey” followed by my rejoinders:

Jeffrey: “How is this different from someone asserting that fairies live in elm trees and another person lacking that belief? Does non-belief have to be justified? Is fairies existing the default position or self-evident?”

Randal: You’re right. I think atheism is as silly as the belief that fairies live in elm trees. So get to work and give me an *argument*.

Jeffrey: Those weren’t rhetorical questions. They were genuine questions.

Folks like Jeffrey make at least two mistakes. First, they assume that their personal plausibility structure provides a privileged epistemic position for their beliefs as if others are automatically placed on the defensive if Jeffrey happens to find their beliefs implausible. But of course, life don’t work like that. Jeffrey’s plausibility structure doesn’t enjoy a privileged position. Or to put it another way, two can play at that game.

If anything, the Christian would say it is the same when it comes to denying God’s existence, and consequently, when somebody like Jeffrey compares belief in God to belief in some arbitrary fairy, he merely shows his provincial ignorance for the very different plausibility frameworks of other people. In this regard, his position is comparable to the benighted North American who, never having traveled overseas, has no conception that a person could use anything other than a knife and fork to eat their meals: anybody who uses “chopsticks” to eat their meals must first defend their rejection of the knife and fork!