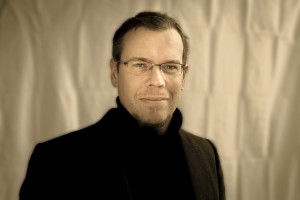 Randal Rauser is a systematic and analytic theologian of evangelical persuasion. He is driven by apologetic concerns and above all by the tireless pursuit of truth. The downside is that this requires him to recognize when he is wrong (which is often) for truth is complex and it offers us no guarantees that we shall always find it. At the same time, Randal does not despair of finding truth, for he believes that in a profound sense Jesus Christ is the truth.

For Randal, being like Jesus means knowing the truth, loving the truth, and living the truth. As Randal seeks to live the truth he promotes a culture of life that is anti-militaristic and pro-family, pro-environment and anti-abortion, anti-consumerist and pro-animal. A disciple on the way … alas, he is not half as smart or as good or as right as he thinks he is.

Randal in his Own Words:  The Back Story

I am a broadly evangelical Christian, seminary professor, writer, husband, dad, Canadian, animal lover, and all around nice guy (or so people tell me, to my face anyway; behind my back I’m not so sure…).

My story begins in eternity past when God fore-ordained that I would come to be. Fast-forward to 1973 when the divine decree was made manifest as I entered the world … and Edmonton Alberta (Canada) was never the same again. At the age of four I decided to move to Kelowna, BC and I brought my family along with me.

After sixteen years living in the lush Okanagan valley (Canada’s preeminent fruit-growing region), I made the move to the lower mainland (the south coast of BC) where I spent 6 1/2 years living in the Vancouver area, during which I completed a BA (Trinity Western University) and an MCS (Regent College) while moonlighting with the perfect job for a student: driving a limousine.

In 1999 I married the girl of my dreams and moved to England to start a PhD at King’s College, London with my theological mentor Colin Gunton. Jasper and I moved back to Canada in 2002 and lived a year in Surrey BC as I completed my doctoral thesis and Jasper brought our child Jamie into the world (while I cheered her on).

A year after we moved to Caronport Saskatchewan for one year as I taught philosophy at Briercrest College (my friends from England loved the fact that the nearest town to Caronport was called “Moose Jaw”).

A year later we returned to the city of my origins, Edmonton, AB, where we have been since 2003, spreading joy around the capital region and beyond.

For more on Randal’s professional history you can read or download his curriculum vitae here: Rauser-CV

What does Randal believe and why?

The following is a statement of belief originally published at the blog of A Tippling Philosopher here.

I am an unapologetic world-realist (and the chances are that you are too). This means that I eschew the idealist’s claim that the only things that exist are minds and their conscious states. Mind you, I cannot demonstrate that the idealist is incorrect. And I don’t dispute the fact that the idealist may be rational to retain belief in idealism. But don’t expect me to follow him. For me, belief in an external world that corresponds to my sense perceptual experience is an ineluctable conclusion. Mind you, world-realism isn’t a belief based on evidence since, as the idealist loves to point out, the evidence of conscious experience confirms idealism no less than realism. (In other words, the evidence underdetermines the matter.) Instead, philosophers recognize this belief in the external world as a properly basic belief. This means that absent defeaters (that is, concrete reasons or evidence) to think realism is false, I am (and you are) perfectly justified in thinking it true. Moreover, if realism is true, then I (and you) can know it.

But enough about the external world. Let’s now shift our attention to that realm which lies beyond the world of sense experience which philosophers refer to as metaphysics. Metaphysics refers to the ultimate constituents of reality, the most basic building blocks, the fundamental furniture, the so-called primary colors, the point at which you can go no further in your analysis of what is. At the heart of every account of metaphysics is what philosopher Roy Clouser calls “the divine”. Mind you, by “the divine” he simply means that which is understood to be unconditionally, non-dependently real. It is important to understand that by this definition, every metaphysical system has a stopping point of explanation which functions as “the divine” in that system. For example, when Bertrand Russell quipped that “The universe is just there, and that’s all”, he identified the universe as the stopping point of explanation, and thus for Russell the universe is the divine. (If you remain loathe to speak of atheists confessing belief in the divine, you are welcome to substitute another term like “the really real”.)

At this point I can now bring together this observation about sense perception and properly basic belief with my own beliefs about the divine. All my life the belief that the divine is an agent has been a natural, basic belief. Perhaps it is not as immediate and undeniable as belief in the external world. Certainly other rational individuals insist that for them the divine has never been an agent. But for most of my life, from the time snorkelling on the Great Barrier Reef to witnessing the birth of my child to standing in Sagrada Familia to the experience of goodness and mercy in others to the inescapability of teleology – from eyes that are for seeing to lives that are for helping others – I find time and again I am drawn with an undeniable immediacy to the belief that the divine is an agent. And thus, we are, most emphatically, not alone.

I was born into a Christian home. This provides my starting point for thinking about the divine. Some folks who are born into a Christian home find that experience has driven them away from the Christian description of the divine.  To take an extreme example, two weeks ago I met Nate Phelps, the gregarious and friendly son of the “God hates fags” Pastor Fred Phelps. Today Nate is an atheist, and one can’t help but think that his nasty father had no small role in Nate’s journey to atheism.

But in my case my experience being reared in a Christian home has provided good reasons to continue to understand the divine in accord with Christian truth-descriptions. Consequently, I retain the belief with which I was raised that Christianity provides the most accurate set of beliefs and practices for understanding and relating to the divine, culminating in the claim that the divine was and is revealed in the person of Jesus Christ.

This account will be very unsatisfactory to some who have persuaded themselves that our most basic metaphysical commitments must always be conclusions from the weight of evidence and argument.  “You’ve locked yourself up in your Christian beliefs!” they retort. “Set aside all your beliefs and follow the evidence where it leads!”

Those kinds of protests remind me of a key moment in Bill Clinton’s masterful speech at the 2012 Democratic National Convention when he observed,

“One of the greatest chairmen the Democratic Party ever had, Bob Strauss, used to say that every politician wants every voter to believe he was born in a log cabin he built himself. But, as Strauss then admitted, it ain’t so.”

Clinton’s right, of course. It ain’t so. And any politician who fancies himself born into the cabin he himself built is merely deluding himself with a naïve narrative of rugged Enlightenment individualism.

Alas, the protestations of my interlocutor strike a similar chord. I’m not “locked” in my Christian, theistic beliefs any more than the committed atheistic naturalist is “locked” in his. Each of us needs a place to stand as we consider how the world seems to us. To be sure, we all need to aspire to be rational and open-minded, but none of us can really step out of our particular place to adopt a view from nowhere from which we can build the cabin into which we shall be intellectually born.

But doesn’t this make things even worse? Doesn’t it mean we’re all ultimately locked away in our self-justifying towers of personal perspective? No, the worry is unfounded. As I noted above with regard to world-realism, this belief is rational, justified and (if true) may constitute knowledge, so long as there are no serious defeaters to it. (Much more would need to be said regarding the nature of defeaters and the rationality of individuals and doxastic communities, but that is a conversation for another day.) The same is true for each of our metaphysical starting points, whether we call ourselves theistic Christians or atheistic naturalists or anything else. And this leaves each of us not locked in a self-justifying tower, but rather with an open invitation to a round table of discussion above which is written, “Come, let us reason together”.

For more on my intellectual biography see my essay “The Prayer that Prayed Me,” in David Marshall, ed. Faith Seeking Understanding; Essays in Memory of Paul Brand and Ralph Winter, (William Carey Library, 2012).

For more on my apologetic reasoning see my book The Swedish Atheist, the Scuba Diver, and Other Apologetic Rabbit Trails (InterVarsity, 2012).

If you would like to contact me directly, please send a message by filling out the form below and I will get back to you shortly. (Or, if you find the Captcha is not cooperating, you can email me at randal.rauserATtaylor-edu.ca. [Replace AT with @])