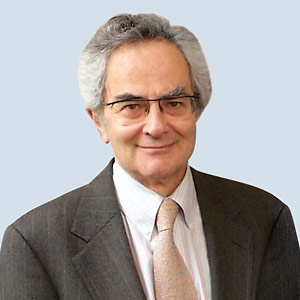 Thomas Nagel is one of the most respected philosophers in the world. Like many great philosophers, he has demonstrated throughout his career a penchant for independent thought. While lesser minds have been swayed by various intellectual fashions and orthodoxies, Nagel has cut his own path. This is evident in Nagel’s 1974 paper “What is it like to be a bat?”, a landmark in the philosophy of mind, in which he argued that the reductionism that was popular at the time failed utterly to account for the experiential nature of consciousness. To summarize the argument all too briefly, we could know everything about the brain of a bat and still not know what it is like to be a bat. Thus, reductionist theories of the mind fail because they cannot account for this irreducible phenomenon that there is something it is like to be.

This same independence of thought came into grander focus in the 1986 book The View from Nowhere (Oxford University Press) in which Nagel highlighted the failure of programmatic naturalism as encapsulated in the search for a wholly objective account of reality — the so-called view from nowhere — to account for the existence of point-of-view.

A few months ago Nagel published an important monograph which, in many respects, summarizes and caps this long career of iconoclasm. In Mind and Cosmos (Oxford University Press, 2012), Nagel lays out the failure of naturalistic accounts of reality to account for the origin of life, consciousness and self-consciousness. And in its place he offers a radical new conceptual avenue that is about as unfashionable as advocating a return to cold fusion.

When I said Nagel was an independent thinker, I meant it. You see, he isn’t a Christian or even a theist. Indeed, Nagel isn’t even a mere atheist. Rather, he might best be called an anti-theist (not to be confused with your beloved auntie who is a theist). An antitheist is one who not only believes there is no God but also doesn’t want to be a God. This revelation comes in an oft-quoted and remarkably candid passage from Nagel’s book The Last Word where he explains:

“I want atheism to be true and I am made uneasy by the fact that some of the most intelligent and well-informed people I know are religious believers. It isn’t just that I don’t believe in God and, naturally, hope that I’m right in my belief. It’s that I hope there is no God! I don’t want there to be a God; I don’t want the universe to be like that.” (Oxford University Press, 1997, 130)

I am currently reading Mind and Cosmos which is just what you’d expect from an iconoclast who is not afraid to lampoon the sacred orthodoxies of contemporary naturalism. What is especially interesting is that recent work in intelligent design has been an important resource for Nagel. He writes:

“In thinking about these questions I have been stimulated by criticisms of the prevailing scientific world picture from a very different direction: the attack on Darwinism mounted in recent years from a religious perspective by the defenders of intelligent design. Even though writers like Michael Behe and Stephen Meyer are motivated at least in part by their religious beliefs, the empirical arguments they offer against the likelihood that the origin of life and its evolutionary history can be fully explained by physics and the chemistry are of great interest in themselves.” (10)

This is what independent thinkers like Nagel do. They are not swayed by the vacuous mindset that replaces “God-did-it” with “Time-did-it”. And they don’t worry about the bullying threat that “ID’s got cooties!” On that point I say, hear hear! Let the man speak!

My only quibble with Nagel is that he has to qualify his resourcing of ID with the caveat “Even though writers like Michael Behe and Stephen Meyer are motivated at least in part by their religious beliefs….” After all, this is true of everybody. Only a fool would think Nagel the antitheist and those naturalists he regularly lampoons are not motivated at least in part by their irreligious beliefs. Yet, by fingering only the metaphysical commitments of IDers, Nagel conveys an impression that “religion” somehow creates a motivational influence not present in others. And with that double standard we realize that while Nagel has gone far in turning sacred cows into hamburger, it would seem that there is at least one more bovine still feeding in his pasture.