This article consists of three excerpts from one chapter in my book Progressive Christians Love Jesus Too. To read more, pick up a copy of the book! 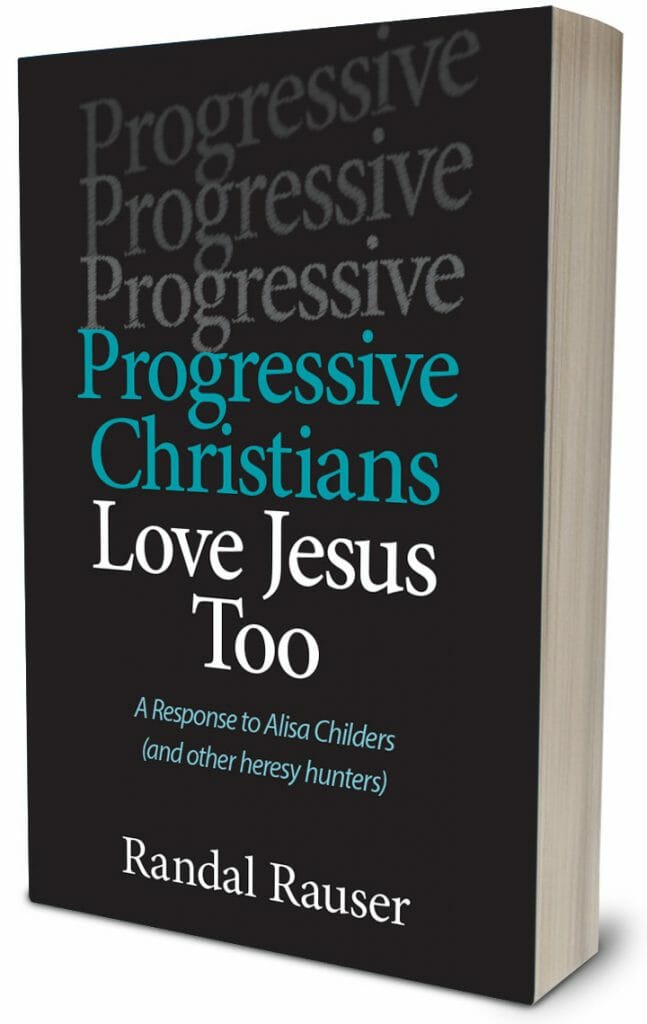 Time and again, I find a common error among many conservative Christians: they confuse a healthy awareness of our own fallibility in knowledge with relativism about truth. For example, they encounter statements like “All our truth claims are subject to error” and they conclude from this that the individual who made the statement doesn’t care about truth or that they adopt relativism about truth. But that doesn’t follow at all. Such statements simply constitute a perfectly defensible recognition of epistemic humility that acknowledges our weaknesses and limitations in grasping truth. As we will see in this chapter, Childers commits this basic category error in Another Gospel?

At the outset, I freely admit there may be self-described progressive Christians who do adopt relativism about truth. Just as I cannot opine definitively on the personal convictions of every student who takes my theology courses in a given semester, so I certainly cannot opine on the personal convictions of every individual who may identify with the wider progressive Christian conversation. But remember, there also may be evangelicals who think Donald Trump is a prophet of God. That doesn’t mean we should assume those opinions are shared by the entire evangelical community.

What I can do is point out how specific examples that Childers provides as alleged evidence for relativism about truth are, in fact, better interpreted as a perfectly reasonable epistemic humility regarding our ability to grasp truth. Additionally, I can also point to evidence that the very people that Childers alleges reject objective truth actually affirm it. This evidence will be sufficient to undermine the reliability of Childers’ analysis on this topic.

While epistemic humility can seem to those of a binary mindset like a direct assault on truth itself, this misreading arises from the individual’s own failure to recognize their limitations . . . or to appreciate the strengths in the perspectives of others. The truth is that epistemic humility is not only consistent with Christian conviction, but passages like 1 Corinthians 13:12 suggest that it is implied by mature Christian faith underscored by our own intrinsic finitude and the fallenness that skews our perspective.

Childers’ comments on truth are inextricably linked to her comments about knowledge so we’ll begin there even though we’re going to cycle back to knowledge again later. She writes that critics of an objective view of truth had “a belief that the church was much too influenced by modernism (the idea that truth could be found through common sense, logic, human reason, and science) . . . .” In Childers’ view, these critics are linked with “postmodernism” which “rejects the idea that absolute truth can be known.” Note that in these statements Childers is not simply addressing the nature of truth itself but rather the epistemological question of whether truth can be known. Indeed, in the second quote she uses the term “absolute truth” which muddies the waters because the term is ambiguous between objective truth (a metaphysical or reality claim) and an absolute or certain grasp of truth (an epistemological or knowledge claim).

Childers then contrasts “absolute truth” or simply “the truth” with the concept of relative truth or “my truth.” She illustrates the difference with bacon. As Childers puts it, if you Google the word “bacon”, you will encounter a mixture of truth claims, some of which are “facts” (i.e. they correspond to the nature of bacon) and others which are “fantasy” (i.e. they do not correspond to the nature of bacon). We do not have the luxury of choosing which claim is true just because we like it. This is how she puts it: “If ‘my truth’ says pork is the new kale, the consequences of that idea will bear out in reality—despite how strongly I may feel about it. My feelings about bacon won’t change what it’s doing to my heart, my blood pressure, and my thighs. This is why ‘my truth’ is a myth.”

The message is clear. Childers is claiming that progressive Christians widely accept these relativistic notions of truth, notions in which they claim that objective truth cannot be known, and they instead define truth in terms of the subjective whim of the individual: if I want to believe that bacon is healthy then bacon is healthy! If I want to believe there is no hell, then there is no hell!

Is there good evidence that this is, in fact, how progressive Christians think about truth? Are they really tossing out the concept of objective (correspondence) truth altogether in favor of a subjective notion where the individual can manufacture facts about the nutritional status of foodstuffs at will? Again, it is always possible that there are folk in the progressive conversation who believe they can invent facts at will. But if such people exist, I suspect they are a rare commodity indeed. After all, the brute facticity of objective existence has a way of disappointing our expectations and frustrating our desires. It seems to me that going forward, the best way to evaluate Childers’ claim is by considering whether this kind of radical relativism is present in the leaders that she targets. So let’s turn to some examples.

I’ll start with a recent article on Pavlovitz’s blog titled “No, All Opinions are Not Equally Valid.” The article was prompted by Pavlovitz’s interaction with a man who was defending FOX News host Tucker Carlson’s reporting on the Russian war with Ukraine. Pavlovitz replies: “One of the greatest lies people propagate is that all opinions are valid: that every position is somehow equally worthy of merit and deserving of consideration.”

On the contrary, Pavlovitz stresses that not all opinions are equally valid and it is the objective facts of the matter that determine the truthfulness and value of what you say. To circle back to FOX News, Tucker Carlson can’t just make stuff up and call it news.

If we turn to Pavlovitz’s most recent book If God is Love, Don’t be a Jerk we find him defending the thesis that legitimate religion should make you kinder and more loving: as Pavlovitz puts it, “the sole fixed truth I can hold on to, is that faith shouldn’t make you a jerk.” The whole point is that this thesis is not true just because Pavlovitz wills it so. Rather, this is a fixed truth, one that he has discovered.