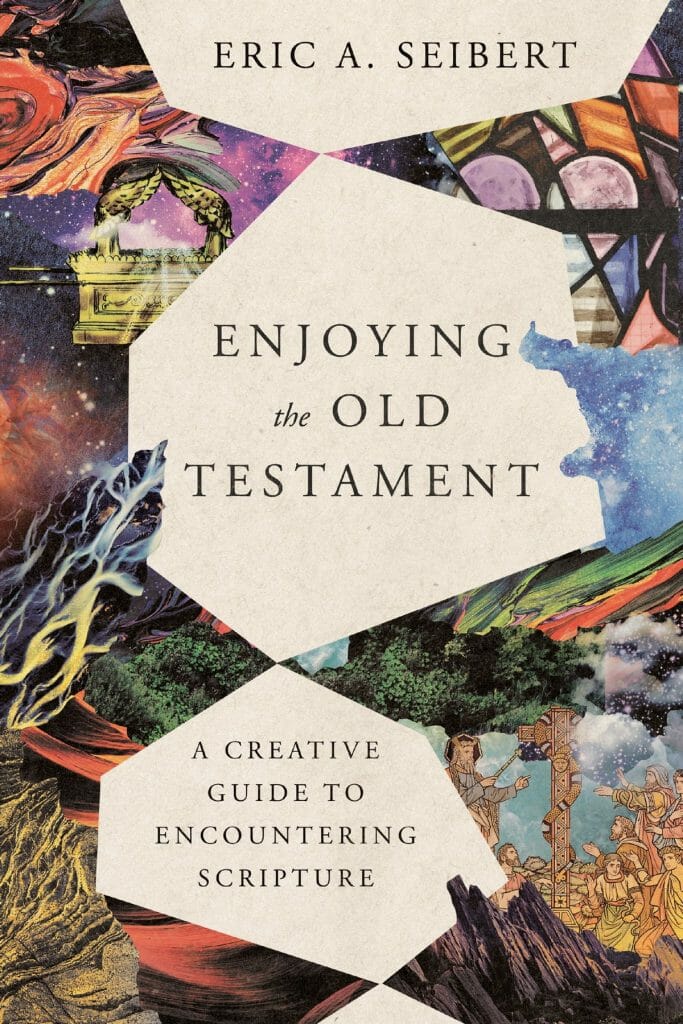 Francis Bacon famously observed, “Some books are to be tasted, others to be swallowed, and some few to be chewed and digested…” For many Christians, the Old Testament is like spinach: we know it is good for us, but chewing on it is still a chore. Eric Seibert is out to change that. In his latest book, this respected biblical scholar seeks to cultivate a new passion for the Hebrew Scriptures. The book is divided into three parts. I will provide a brief overview of each section before drawing some conclusions.

Part One “Preparing to Read the Neglected Testament,” includes five chapters. Seibert begins by summarizing the many reasons the Old Testament presents a challenge for the contemporary reader. For example,

“there are portions of the Old Testament that do not make for very scintillating reading: genealogies, census lists, purity laws, and the like. Most people I know do not get very excited about reading long lists of hard-to-pronounce names, pages of instructions about how to build a tabernacle, or judgment oracles against people they have never met in countries that no longer exist.” (16)

In opposition to the tendency to view the Old Testament simply as a preface to the new, Seibert stresses the importance of viewing it as “a collection of sacred texts with its own inherent worth.” (29)

Seibert concludes Part One by emphasizing the importance of realistic expectations in engaging the text. For example, we should be suspicious of a benighted “democratic perspicuity” (47) which assumes the meaning of a text may be easily grasped by any casual reader. On the contrary, many texts are distant from our time and place and require careful reflection and study if we are to get to their meaning.

Once we recognize that the text can be hard to understand, we should be prepared to wrestle with it. “Rather than being a sign of disrespect, wrestling honestly with the biblical text demonstrates our commitment to it.” (67) Importantly, this posture can lead the reader to challenge and even reject particular elements of the text. For example, Seibert opines that “people of faith today should reject the Old Testament’s patriarchal perspectives and practices since they oppress and degrade women.” By contrast, “the Old Testament’s summons to care for the most vulnerable members of the community, a call consistent with the teachings of Jesus, should be embraced and enacted.” (66)

Part Two “Having Fun with the Old Testament” begins with a chapter devoted to biblical narrative. Seibert offers a battery of helpful advice such as the thematic significance of repetition and naming. He also cautions against the temptation to reduce complex stories to “a single lesson or moral.” (75) (And with that Seibert, decimates the bulk of Old Testament Sunday school lessons from my childhood!)

Next, Seibert provides an introduction to the prophets. Contrary to popular opinion, these individuals “were not crystal ball gazers” (99) but rather incisive critics of the social situations of their day who carefully crafted their oracles (101).

This section concludes with chapters devoted to “Enjoying the Boring Parts” and “Dealing with Morally and Theologically Troubling Texts.” In the latter discussion, Seibert encourages an honest recognition of the morally problematic portions of Scripture and a Christocentric approach to reading: “we know an Old Testament depiction of God accurately reflects God’s character when it aligns with the life and teachings of Jesus.” (143) And what should we think of the depictions of God in the Old Testament that do not appear to align with Jesus? Seibert does not give us “the answer” but he does insist that “these texts are worth the effort (don’t let them go until they bless you).” (143, emphasis in original)

Part Three “Encountering the Old Testament in New Ways” concludes the book with four chapters devoted to exploring creative new ways to interact with the Old Testament. Seibert provocatively suggests reading familiar stories from novel perspectives. For example, he asks how the familiar story of David and Goliath (1 Samuel 17) would look differently if read from the perspective of the Philistines or how the conquest of Canaan in Joshua would be viewed from the eyes of fleeing Canaanites (168).

Chapter 11 offers several decidedly unconventional ways of engaging the biblical text including humor (181-82) and art (183-87). By contrast, chapter 12 provides a more conventional approach as Seibert provides a lucid introduction to the discipline of inductive Bible reading. I found this step-by-step section to be especially well done. In these chapters, Seibert offers something for everyone interested in engaging the text in new and incisive ways.

Enjoying the Old Testament is a rich book packed with practical suggestions and helpful hermeneutical advice gleaned from Seibert’s own decades living the tension between the pew and the ivory tower. While Seibert writes out of a personal devotional faith, he is not laden with the baggage of many conservative evangelicals. Consequently, his invitation to open and honest Christ-centered wrestling with the texts “until they bless you” is refreshing. Rather than being constrained by some a priori extra-biblical notion of inerrancy or perspicuity, we are invited to discover the book God gave us on its own terms.

I began this review with a culinary metaphor but I will conclude with one inspired by C.S. Lewis. If many Christians view the Old Testament as a dreary bare room with an old wardrobe, Enjoying the Old Testament offers an invitation to open the wardrobe and discover the extraordinary worlds that lie beyond.

Thanks to IVP Academic for sending me a review copy. You can order your copy of Enjoying the Old Testament here.