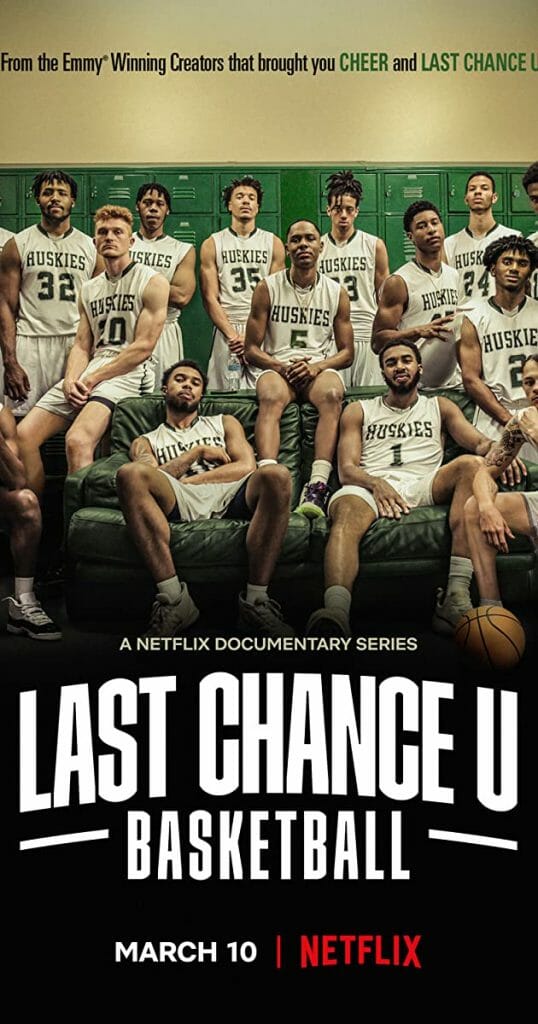 The first season of Last Chance U: Basketball just launched on Netflix a month ago. It is a spinoff of the familiar Last Chance U series which devotes each season to the football program of a junior college where struggling students are trying to make it. The setting is ripe for inspiration, drama, and disappointment: all the elements of good reality television. As you can guess by the title, the new series switches the focus from the football field to the basketball court, in this case to East Los Angeles College and Coach John Mosley.

I watched the first two seasons of Last Chance U and enjoyed them very much. Those first two seasons focused on Coach Buddy Stephens and his team at East Mississippi Community College. Stephens is rough around the edges (to put it mildly) but guided by his Christian faith, he loves the players and he seeks to form them into strong young men. As you watch you begin to realize that football is secondary: the story really is about transcendent themes like leadership, tragedy, disappointment, and hope. And much of it is framed by Coach Stephens’ aforementioned faith.

Interestingly, a similar theme emerges with Coach Mosley and East Lost Angeles College. During the series, we visit his church and hear his testimony of how he came to ELAC to minister to students and change lives. This isn’t a job for Mosley: it is a divine calling. And if some of the kids roll their eyes at his preaching, you know deep down that they appreciate and respect him.

All that got me thinking about metanarratives. Christianity has a grand one, a fact of which we are reminded once again as we journey out of Easter. It is a story that shines a light on human failure, brokenness, self-destruction, and sin. And it offers a path of hope predicated on grace and the selflessness of taking up one’s cross in daily acts of self-denial and service to others all predicated on the famous observation of Theodore Parker (later paraphrased by MLK):

“I do not pretend to understand the moral universe; the arc is a long one, my eye reaches but little ways; I cannot calculate the curve and complete the figure by the experience of sight; I can divine it by conscience. And from what I see I am sure it bends towards justice.”

That is just the kind of metanarrative to offer hope and inspiration, to challenge us to be better than what we are. It wins championships, and along the way, it redeems countless lives.

The truth is that the “Christian coach” who faithfully (albeit imperfectly) lives out their faith in their vocation is a familiar trope. But here, finally, is my question: do non-theistic or non-religious worldviews predicated on concepts like atheism, naturalism, and secular humanism offer similar resources? Do they provide the basis for metanarratives that honestly recognize failure, brokenness, self-destruction, and sin and which offer a path of hope, grace, and self-service?

In short, does atheism inspired you? And if not, is that a problem?