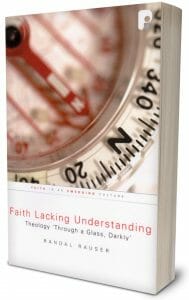 Merry Christmas, everyone! Here is the introduction to the chapter on incarnation in my 2008 book Faith Lacking Understanding. The excerpt invites Christians to rediscover the magic and mystery of incarnation by way of a celebrated children’s story.

In her delightful children’s classic The Best Christmas Pageant Ever Barbara Robinson tells the story of how the infamous six Herdman children (“absolutely the worst kids in the history of the world”[1]) first encounter the Christmas story. Through a series of events, they begin going to Sunday school where they are confronted by the perfunctory preparations for the stale Christmas pageant. Year after year it is the same affair and the church has grown hardened to it.

But the Herdmans have never heard the Christmas story before and are fascinated. Shorn of the baggage of over-familiarity, they hear the story with fresh ears which allows them to ask embarrassing questions and facilitate novel insights. So intrigued do the Herdmans become that they scheme until they have co-opted all the main roles in the play, at which point they proceed in delightful fashion to leave their indelible stamp upon each one. For instance, Imogene portrays Mary with a gritty reality since she “didn’t know that Mary was supposed to be acted out in one certain way—sort of quiet and dreamy and out of this world.”[2] Imogene’s interaction with the baby Jesus is characteristic of the many felicitous impieties that unfold:

Imogene had the baby doll but she wasn’t carrying it the way she was supposed to, cradled in her arms. She had it slung up over her shoulder, and before she put it in the manger she thumped it twice on the back.

I heard Alice gasp and she poked me. “I don’t think it’s very nice to burp the baby Jesus,” she whispered, “as if he had colic.” Then she poked me again. “Do you suppose he could have had colic?”

I said, “I don’t know why not,” and I didn’t. He could have had colic, or been fussy, or hungry like any other baby. After all, that was the whole point of Jesus—that he didn’t come down on a cloud like something out of “Amazing Comics,” but that he was born and lived … a real person.[3]

Amazingly, while the pageant that results lacks refinement and polish, it is powerfully moving as the audience (and reader) are brought to wrestle anew with the gospel story. Ironically, absolutely the worst kids in the history of the world have challenged the church to rediscover the awesome mystery that lies at the heart of Christmas.

[2] Robinson, The Best Christmas Pageant Ever, 61.

[3] Robinson, The Best Christmas Pageant Ever, 82.