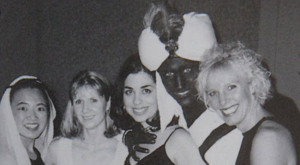 I am not a fan of Justin Trudeau. But it wasn’t always so. While I voted for the NDP during the last federal election, I viewed Trudeau and the Liberals as a welcome break from a decade of Stephen Harper and the Conservatives.

Four years have changed my opinion once again, and in this fall election, I now plan to vote for the Conservatives as a welcome break from Trudeau and the Liberals.

What changed? Put simply, scandals like SNC-Lavalin have shown Trudeau to be just another corrupt politician. And debacles like his India trip have consolidated the impression that he is trite and unfit for the world stage. To top it off, while virtue-signaling is irritating at the best of times, Trudeau’s virtue-signaling is regularly marred by gross hypocrisy.

Trudeau has fashioned himself a champion of women and visible minorities. And yet, that image has been called into question, notably with the charge that Trudeau sexually groped a reporter in the year 2000 (though he says he remembers the encounter differently). And now, the revelation that Trudeau seems to have colored his skin to echo visible minorities on at least three occasions (a fact that falsifies his initial claim that he only did it twice).

That final point brings me to the topic of this article. I am not inclined to have sympathy for Trudeau. I think he is lacking in depth and character. And I am in agreement with Andrew Coyne’s assessment of Trudeau as a “sanctimonious fraud.”

Having said that, I can’t help but point out that many of Trudeau’s harshest critics today likely would not have batted an eye about blackface/brownface twenty years ago. I remember attending a university variety show in about 1995. One of the acts consisted of five Caucasian students dressed up with blackface and wigs and performing the Jackson Five. I am quite sure that today, they all would rather forget that moment. But in 1995, they brought the house down.

Similar examples of widespread racism and sexism from an earlier time are easy to identify. In the late 1980s, my high school friends and I referred to cheap Tuesday at the movie theater as “Jewsday”. I burn with shame today to think that we never drew the obvious connection with the demonic history of anti-Semitism.

Perhaps even worse, I occasionally hung out with a guy in high school who was out-and-out racist. Every year in art class he would make a grossly offensive clay caricature of a black person which he called his “Jigaboo.” I remember being uncomfortable about it, but I still hung out with him, and the art teacher let him do it. I finally cut ties with him in 1991/92 after I, at last, came to terms with the depth of his racism. But I freely admit that that was too little, too late. (Incredibly, I looked him up online last year and discovered that he is now married to a Latina and runs a bed and breakfast in Mexico! I suspect he has done his own moral growth in thirty years.)

The Kavanaugh Hearings last year provided a painfully bright light onto misogyny and rape culture. (I wrote about it here.) That painful episode leaves one to wonder how many men in public life today have skeletons in their closet of sexual harassment, assault, even rape.

And with that, I circle back to Justin Trudeau. Though I may share Andrew Coyne’s judgment that he is a sanctimonious fraud, I do not make that judgment with any sense of self-superiority. Instead, I am driven back to reflect on my own moral development over the last thirty or forty years. And as I reflect on how far I have come, I also have an emerging sense of how far I still have to go.