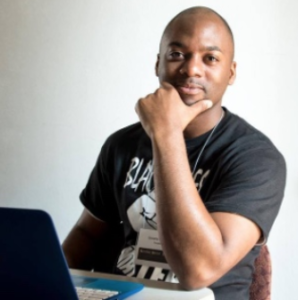 What does social justice look like from the perspective of a secular humanist? In this interview, I consider this question with writer and humanist activist Sincere Kirabo. Mr. Kirabo is the former social justice coordinator at the American Humanist Association and the lead organizer for the 2018 Secular Social Justice Conference. He continues to work to realize a more just society from within a humanist framework.

SK: I know that there are various definitions of humanism. For me, I view humanism as an ethical framework that emphasizes human reason, the equal value and agency of all human beings, evidence-based living, and contributing to the greater good of human life based on self-will rather than based on an alleged supernatural influence or revelation.

How humanism informs my understanding of justice is two-fold. For one, generally speaking, my perspective can be summed up by this quote from feminist poet and activist June Jordan: “We are the ones we have been waiting for.” ( “Poem for South African Women,” June Jordan, 1980)

In other words, I believe that any social change whatsoever must be fought for and achieved based on human-derived efforts.

Second, to get a bit more complicated, my understanding of humanism as well as what is “just” or “justice” means that I’m acting on a moral imperative to disrupt both harmful social constructs and systems of oppression because they are incompatible with the aspirations of humanism. So then, when I speak of justice or “social justice,” I’m really discussing liberation.

RR: You mentioned a commitment to human equality. Christians also accept that commitment to human equality, albeit with appeal to the concept that human beings are made in the image of God. What is your basis for recognizing the equality and dignity of all human persons? Is it rooted in that ability to reason or the capacity for agency? Or is it a value that exists independently of any capacities in the individual?

SK: I would say it’s a combination of innate human ethics and critical thinking. Oppressive ideologies like anti-blackness, patriarchy, cis-heteronormativity (and so on) are taught. We are born into these systems, not born with them. Humans adopt depraved worldviews through legacies of sociopolitical systems (including many religious systems) that valorize the worth of certain groups while othering and diminishing the worth of other groups.

These ideas are damnable lies, propaganda that mutilates our view of ourselves, others, and the world. Since we are groomed to embrace these systems that reproduce widespread distress and trauma and inequality, every rational and intuitive part of me demands that I defy and seek to transform these systems.

RR: Your reference to “innate” ethics reminds me of a particularly famous appeal to innate ethics in the Declaration of Independence:

“We hold these truths to be self-evident, that all men are created equal, that they are endowed by their creator with certain inalienable rights, that among these are life, liberty and the pursuit of happiness.”

This prompts me to ask a couple of questions. To begin with, while the Declaration roots our perception of universal human dignity in an innate deliverance of reason, that universal dignity itself is understood to be rooted in God’s bestowal of dignity upon our species. Where, as a humanist, would you locate that dignity?

SK: Three of the five authors of that document pontificating about equality and liberty owned slaves. Forty-one of the fifty-six white men who signed that document owned slaves. These people regarded those who looked like me to be little more than mere “living tools.” So, yeah, I’m not too concerned about their views on matters of “rights” or what is just, or the particular divine being they choose to attribute their beliefs to.

For me, it’s like this: There are no gods “sitting high and looking low” who intervene in or obsess over human affairs whatsoever. I don’t require Iron Age writings or people claiming to be representatives of a deity to dictate how I should or shouldn’t navigate this world. When I referenced “innate human ethics,” I was referring to secular ethics. I view things like human reason, compassion, and moral intuition to be naturally-occurring characteristics—not anything that emanates from an alleged divine source. My outlook concerning human dignity and social change flow from this understanding.

RR: One thing is clear: the Declaration has a different conception of the good and just society than you or I would have. As you noted, it only extends equality and natural rights to a subset of the population: Caucasian men. Do you ever work collaboratively with religious communities in pursuit of the same justice goals? And if not, is that something you’d be open to?

SK: I have previously worked with religious communities, primarily congregation-based humanist communities such as UU [Unitarian Universalist] and Ethical Culture, which both technically count as religious movements. Since leaving my position with the American Humanist Association, I’ve stepped away from these types of collaborative projects. Perhaps that will change in the future though.

RR: Personally, I’d love to see humanists like yourself explore ways that you could collaborate with Christian groups like the Sojourners Community or Catholic social action groups on joint projects of shared concern like climate change and immigration reform.

Speaking of which, if you could say one thing to the North American Christian church about the question of social justice, what would it be?

SK: Hmmm. Are you familiar with Rabbi Donniel Hartman? A few years ago he published a book called Putting God Second: How To Save Religion From Itself. In this book Hartman argues that monotheistic religions have unsuccessfully produced societies that live up to their ethical ideals. I obviously have my own opinions on why that is, but in a nutshell, he claims that religion suffers from an “autoimmune disease” that’s responsible for the way the actions of religious practitioners undermine the very values they profess their religion provides.

Echoing the sentiment of Hartman, a devoutly religious man who infuses his faith with a humanistic lens, I would say this: Make sure your commitment to God equals your commitment to the humanity your God created. Be genuinely invested in the flourishing of all of God’s children! Such an investment would help build towards replacing indifference and contempt for oppressed people (and their situations) with a fervor to confront and heal their oppressed conditions.

RR: I would certainly agree that we need to be consistent with our ethical ideals, but I would think our failure to do so is a problem not with religion per se, but rather with human nature.

Okay, last question. There’s a lot of pessimism in the United States today relating to the Trump administration’s actions on everything from environmental regulations and climate change to public education and the rights of LGBT people. Where the prospects of actualizing your vision of justice in society are concerned, how would you describe your own attitude? Are you pessimistic or optimistic? And why?

SK: I don’t think it’s possible to fully realize my ambitions for social transformation. At least not in the US. I don’t consider acknowledging this as being pessimistic. I’m a realist. I may think or dream big, but I’m grounded enough to accept that the legacies of oppression that shape our world, and the conditions that perpetuate these legacies, are extraordinarily difficult to dismantle. Regardless, the fight is necessary. All of the battles waged and little victories won along the way towards those seemingly unattainable end goals help inch marginalized communities that much closer to a freer tomorrow. This in and of itself makes the fight worthwhile.

To learn more about Mr. Kirabo and his work, you can visit him online at http://www.sincerekirabo.com/.