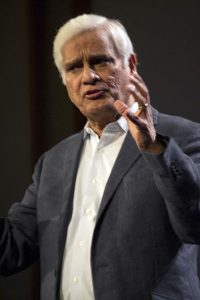 For many Christians, Ravi Zacharias is revered as perhaps the church’s leading apologist, a man with a string of bestselling books, a well-respected international ministry, and more than forty years of dynamic preaching and teaching.

And yet, if Steve Baughman is correct, Zacharias is also a habitual liar and fabulist, and perhaps even a bully and a predator. Cover-Up in the Kingdom presents Baughman’s case. And the word “case” is well chosen: Baughman is a lawyer by training and the book presents itself as something of a legal brief replete with multiple appendices, including tweets, legal documents, and emails from Zacharias himself. All of this provides a cumulative evidential argument for entrenched patterns of deception.

In the book, Baughman provides two primary lines of evidence against Zacharias. In this review, I’ll briefly summarize each charge before raising some criticisms of the book and then drawing my final verdict.

I’ve decided to call the first charge chronic fabulism, as Baughman provides a litany of evidence that Zacharias has embellished and fabricated his credentials, achievements, and personal experiences, and that he has done so for decades.

Baughman begins in the 1960s when a young Zacharias won a regional preaching contest in India which he later described as the prestigious “Asian Youth Preacher Award.” By the 1970s, Zacharias was regularly billing himself as a South Asian Billy Graham. (Some period advertisements are reproduced in the book.) Already at this point, the tendency toward self-promotion is evident.

A few years later, while teaching at Alliance Theological Seminary in the early 1980s, Zacharias took to describing himself as the chairman for the “Department of Evangelism and Contemporary Thought,” despite the fact that no such department existed at the seminary.

Around that same time, Zacharias received his first honorary doctorate. Despite the fact that his highest earned academic degree was (and is) an MDiv, from that point on, he regularly promoted himself as “Doctor” Zacharias. At the same time, he carefully avoided the use of the standard “Hon.” designation which would’ve identified his doctorate as an honorific title rather than an earned degree. Zacharias and RZIM have continued this practice down to the present day: “Although at times Ravi disclosed that his doctorates were honorary, for the most part, he assiduously avoided using the word ‘honorary’ in his bio and publicity materials.” (32)

Over time, Zacharias’ fabulism appears to have grown more brazen. For example, on multiple occasions, he has claimed that he studied quantum physics with Professor John Polkinghorne at Cambridge. This is an extraordinary claim, especially since, as noted above, Zacharias’ highest earned degree is an MDiv. (What kind of autodidactic genius is it that can jump from a professional degree in Christian ministry to high-level research in quantum physics?!)

After investigating this suspicious claim, Baughman concludes that, at most, Zacharias audited a course on theology and science with Polkinghorne in 1990. The seamless move from auditing a course on science and religion to studying quantum physics encapsulates Zacharias’ habitual tendency toward fabulism and lying.

Baughman provides many other examples of Zacharias’ fabulism and lies including his recent outrageous claim that he is, of all things, a professor at Oxford University.

All this and more is carefully documented in Cover-Up in the Kingdom and together it provides a powerful cumulative case that Zacharias is a chronic fabulist who habitually embellishes and outright fabricates his credentials, achievements, and personal experiences. To my mind, this evidence alone is enough to put the kibosh on this man’s “apologetic ministry”.

However, it gets worse.

Zacharias as Bully … and Predator

Baughman’s second line of evidence focuses on Zacharias’ illicit relationship with a young married woman named Lori Anne Thompson. The relationship carried on for a period of two years (2014-16). While there is no evidence that Zacharias and Thompson were physically intimate, they did exchange a series of emails, images, and texts of a sexual nature, including Thompson providing Zacharias with sexually explicit photos at his request.

After two years, Thompson determined to break off the relationship and tell her husband. When she informed Zacharias of her decision, he threatened to commit suicide in an email which is reproduced within the book. (Nor is this Zacharias’ first brush with suicide; in his memoirs, Zacharias recalls attempting suicide as a teenager after which one of their house servants saved his life. Baughman drily observes, “This man saved Ravi’s life. This man’s name was house servant.” (18))

A month later, the Thompsons hired a lawyer who subsequently demanded a substantial cash settlement as a condition for the Thompsons to maintain their silence. Zacharias responded by suing the Thompsons and in the ensuing public relations battle, Zacharias and his legal team effectively presented the Thompsons as grifters who were attempting to blackmail him in a shady scheme.

There are multiple problems with Zacharias’ attempt to present himself as a victim in this sordid affair. To begin with, it was Zacharias who gave Thompson the number to his private Blackberry so they could communicate privately with encrypted technology. Now Zacharias wants us to believe that Thompson was harassing him for two years, sending him naked photos against his will. If he really was being harassed in this manner, then why didn’t he change his phone number? Why didn’t he call the police and get a restraining order? Why didn’t he inform his ministry (RZIM) and supporting denomination (the C&MA)? Why, instead, did he remain silent and continue communicating with Thompson for two years? And why did he threaten to kill himself when she said she was going to tell her husband?

Zacharias’s supporters have suggested that the Thompsons had a history of financial problems and suing churches. As Baughman demonstrates, these charges are spurious and thus look like a mere attempt to smear Zacharias’ accusers: “Ravi allowed his lawyers to wage a demonstrably false and vicious public relations assault on the Thompsons, all to preserve the image he had cultivated since his youthful conversion to Christ.” (69)

Baughman also addresses questions about Lori Anne in particular and provides several lines of evidence that she was a genuine victim of Zacharias’ predatorial and bullying behavior. All in all, it is a devastating portrait supported by several documents including emails and legal filings which collectively illustrate Baughman’s skill as a litigator. And it fits with the portrait of Zacharias in the earlier chapters as a self-aggrandizing fabulist.

Baughman notes that Zacharias’ defenders have tended to dismiss his allegations, chalking them up to Baughman’s own hatred of God (4). While this is unfortunate, it is hardly surprising given the tribalistic nature of many Christians. But it does suggest that Baughman’s best chance to reach Christians is found in adopting a measured tone sans any unnecessarily alienating rhetoric.

For this reason, it is unfortunate that Baughman occasionally descends from his typical posture of righteous indignation into taking cheap rhetorical shots. For example, consider this withering criticism of Zacharias’ decision to move to Canada:

“For some reason God wanted the newly regenerate Ravi Zacharias to leave India for Canada. That is to say, God wanted Ravi as far away as earthly possible from the truly destitute people dying every day in the streets of Delhi with no loving hand to guide them to salvation.” (22)

While Zacharias may indeed be a narcissist who cares little for the poor, it seems tendentious to interpret this decision to move to a developed country in such an uncharitable manner.

At another point, Baughman expresses his frustration at the Christian publishers who have dismissed concerns about Zacharias’ credibility as follows: “In the eyes and interests of HarperCollins Christian Publishing, Ravi Zacharias is the beautiful whore, or at least the useful holy man, who must, at all cost, be kept at work.” (13)

Needless to say, this kind of rhetorical indulgence will alienate some readers unnecessarily and provide the resistant reader with an excuse to set aside the whole argument. That would be unfortunate because this is an important book.

Why You Should Read This Book

Over the last few weeks, several Christians have asked me why I want to review Cover-Up in the Kingdom. The question seems to be based on that same tribalism that I referenced above. In other words, don’t criticize our guys.

Sorry to be the bearer of bad news, but a habitual liar and fabulist is not my guy.  And it doesn’t stop with Zacharias. Perhaps the most disturbing lesson of Cover-Up in the Kingdom is that Zacharias has been enabled by the silence and complicity of many other Christians including apologists like John Lennox and Os Guinness, megachurch pastor Mac Brunson, professor Jeremy Begbie, and countless functionaries at institutions like RZIM and the C&MA denomination.

I like to say that in Christian apologetics, good arguments are important but a winsome presentation is even more important. I’d now like to add that one’s moral integrity is most important of all. And moral integrity requires Christians to speak out and denounce Ravi Zacharias and his enablers. If we claim to follow He who is the Truth (John 14:6), how could we do anything less?

You can purchase your copy of Cover-Up in the Kingdom for a mere $5 on Kindle here.