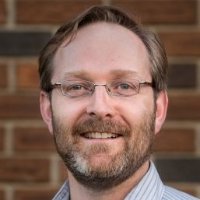 One suspects that October 31, 1517 dawned much like any other in the region of Saxony. And when an Augustinian monk named Martin Luther hammered up 95 theses for public debate, he could not have imagined that his action would be the catalyst for a schism within Christendom, one whose repercussions would be felt for centuries. And yet, here we are, five hundred years later, still dealing with the deeply ambiguous legacy of the Reformation.

On the one hand, had there been no Reformation there would be no Baptists, and I rather like being Baptist. Indeed, I believe being Baptist is a vocational call I have to a wider Christendom and the world. So the fact that I have this call and that Baptists exist is a fact for which I have gratitude.

As I said, the legacy is ambiguous, and my response to it is thus rather ambivalent. Is there a way that Protestants and Catholics can recognize and celebrate our differences whilst moving some distance toward healing that schism and recognizing our common faith and identity as the body of Christ?

With that lofty goal in mind, in this episode of The Tentative Apologist Podcast we mark the Reformation by way of a conversation with Dr. Julien Hammond. Dr. Hammond is the Ecumenical and Interreligious Officer for the Catholic Archdiocese of Edmonton and a sessional instructor at St. Joseph’s College, the University of Alberta with a specialty in religious education. His passions include lay education in the Church and ecumenical dialogue across denominational lines in emulation of Christ’s prayer “that all may be one” (John 17:21). And that prayer serves as the theme for this commemoration of Reformation Day.