Of all the end-of-the-world prophecies I’ve received over the years, this is surely the strangest and, in a bizarre way, the most endearing. And in contrast with the long-winded revelations of Warren Jeffs, it is also mercifully brief. I now present to you (drum roll please) … 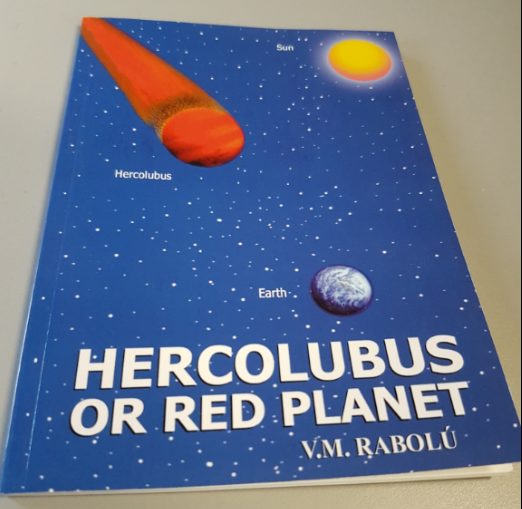 Originally published in 2004, Hercolubus or Red Planet is a marginally sane warning of the imminent end of the world at the hand of a giant, er, red planet. The back cover provides a good overview: 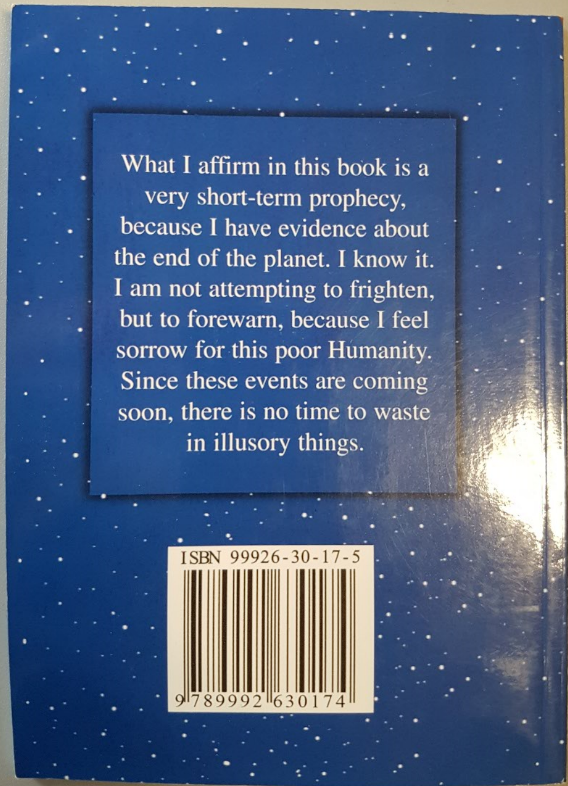 In essence, Hercolubus or Red Planet is a short book version of that guy sporting the wild beard, prophetic robe, and sandwich board warning that “The End of the World is Near!”

But every dark cloud of doom needs a silver lining of hope. What message of salvation does Hercolubus or Red Planet offer? Open up the book and you discover (so far as my quick perusal suggests) that salvation lies in chanting the right mantras. Fortunately, the book explain the phonetic pronunciation which will aid persons to attain astral projection which will allow them to leave behind their bodies and the earth fated to destruction at the hand of Hercolubus or Red Planet: 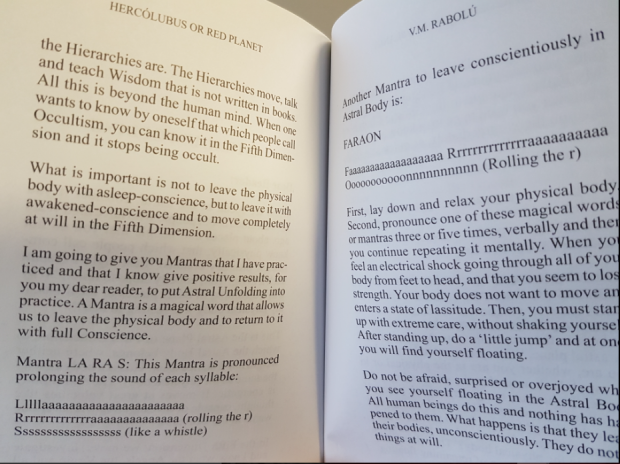 So what lessons should we draw from this unique text? I’ll conclude with some quick reflections.

Putting on my Christian hat, I’ll note that the Gospel message of Hercolubus or Red Planet reflects some classic characteristics from good old fashioned Gnosticism, in particular a sharp dualism between the physical and spiritual along with the promise of salvation consisting of leaving the physical body behind. It has oft been observed that Gnosticism is a hydra-headed beast, one that returns each generation in new forms, and Hercolubus or Red Planet could be interpreted as yet another manifestation of this long history.

Meanwhile, my atheist friends will likely focus on a different point. I envision them saying the following: “What difference is there between Hercolubus or Red Planet and the Bible? If contingent historical circumstances allow this movement to grow and flourish, then in two millennia scholars could be carefully exegeting and applying the ‘prophecies’ of Hercolubus or Red Planet for their own age.”