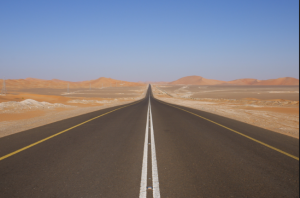 I’m not a fan of the practice whereby secularists and atheists refer to themselves as “free thinkers”. The common refrain from self-described free thinkers is that they are unencumbered by dogma and can simply follow the light of reason. “You’ve locked yourself up in your Christian beliefs!” they retort. “Set aside all your beliefs and follow the evidence where it leads!” In short, the free thinker envisions herself on the open road, free to go whither she will.

That kind of rhetoric reminds me of a key moment in Bill Clinton’s masterful speech at the 2012 Democratic National Convention when he made the following observation:

“One of the greatest chairmen the Democratic Party ever had, Bob Strauss, used to say that every politician wants every voter to believe he was born in a log cabin he built himself. But, as Strauss then admitted, it ain’t so.”

Clinton’s right, of course. It ain’t so. And any politician who wants to tell his (or her) story in this way is doing nothing more than deluding him/herself into a naïve and discredited narrative of rugged Enlightenment individualism. We are the products of the time and place in which we are raised: our parents, our friends, our formal education, our surrounding community, all these factors and more contribute to making us who we are and forming how we think.

Needless to say, the thought that rejecting religious communal formulation from this complex nexus of personal formation will result in individuals who are “free” to think with unique penetrating rational insight, wisdom, and historical perspective, is nothing short of delusional.

This is not to deny that religious belief communities can, at times, propagate belief in an indoctrinational manner. Of course they can. But secular belief communities can do so as well. The true free thinker is the individual who realizes they are never truly “free” in the manner of the popular Enlightenment imagination.

“Sapere aude!” Kant famously said. “Dare to use your own reason!” Indeed, do so. Just recognized your reason was and continues to be formed by your environment in countless ways. In short, you weren’t born in a log cabin you built yourself.

And as for life on the open road, just remember you didn’t build the highway on which you ride.