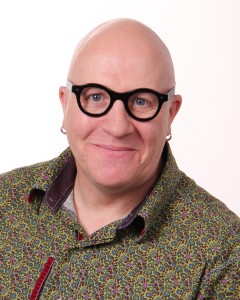 I first encountered existentialist philosophy in university. Thinkers like Sartre, Kafka and Camus had a big impact on me as they explored the seeming absurdity of existence with an unflinching bravery. Even if I didn’t accept their conclusions, I had to admit that there was an authenticity in their writing that was often absent from the Christianity with which I’d been raised. Reality was messy, frequently bleak, and often absurd. Doubt was, for many, a more constant companion than faith. And for every mountaintop experience of faith, the topography of life seemed to include at least one valley of despair, not to mention a slough of despond.

For those familiar with the existentialist voice, it may be something of a revelation to find that the Christian Bible knows that experience well. One finds it in the penetrating ruminations of Job, the angst of Lamentations, the withering cries of the psalmist. But it’s most philosophically penetrating expression is found in the book of Ecclesiastes.

In this episode of The Tentative Apologist Podcast we sit down for a discussion of Ecclesiastes with Dr. Bill Anderson. Bill has a PhD from University of Glasgow and is Professor of Religious Studies at Concordia University of Edmonton where he teaches in the areas of Old Testament, Hebrew, and popular culture. He is also the Director of the Canadian Centre for Scholarship and the Christian Faith and Editor in Chief of the Canadian Journal for Scholarship and the Christian Faith.

Bill has explored the voice of Qoheleth in Ecclesiastes in two books, Scepticism and Ironic Correlations in the Joy Statements of Qoheleth? (Gorgias 2010) and Qoheleth and Its Pessimistic Theology: Hermeneutical Struggles in Wisdom Literature (Edwin Mellen Press 1997). In this conversation he takes us into the rich and earthy wisdom of this most profound and eloquent of literary works.