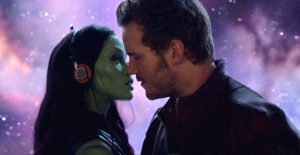 Guardians of the Galaxy is my favorite Marvel movie, not least because it raises a host of complex moral issues. Like this one: is it morally wrong for a human being (Peter Quill) to enter into a romantic relationship with a humanoid alien (Gamora) when the two individuals appear to be physical and emotional complements?

In movies like Guardians of the Galaxy nobody even questions whether this kind of inter-species romance is immoral. Interesting, however, the vast majority of people who would never think twice about this romantic pairing would be appalled at a romantic relationship between Quill and one of the aliens from the film District 9. This despite the fact that the District 9 aliens are every bit as intelligent as Gamora. 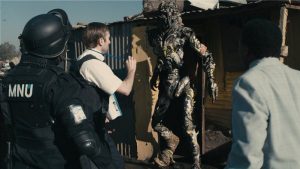 A District 9 alien being evicted in a thinly veiled nod to the evils of apartheid.

It seems that the sole basis for approving Quill’s romance with Gamora whilst condemning his romance with District 9 alien is that the former looks human whilst the latter does not. But that would seem to be an insufficient basis for a diametrically opposed moral evaluation of the two relationships.

Let’s agree that it is ethically wrong for Peter to partner with the District 9 alien. And if we believe mere humanoid appearance is insufficient for a moral distinction, then this might oblige us likewise to reject his relationship with Gamora.

But let’s add to the similarity between Gamora and Quill. While her species evolved independently from human beings, what if her DNA were sufficiently similar to human DNA that a geneticist would believe she was a human with an unusual mutation that gave her green pigmentation in her skin? Would physical + genetic compatibility be sufficient to approve of the Gamora/Quill pairing? If so, then does genetics make the difference?