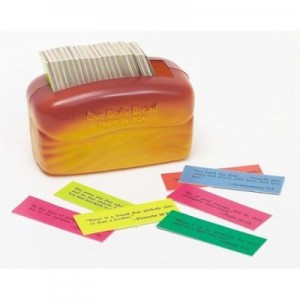 When I was growing up in the church, my earliest encounters with the Bible came in the terms of the Sunday school flannelgraph, a rather primitive technology in which Bible stories were acted out with pieces of fabric stuck to a felt board. At that time, the Bible seemed like a disjointed set of isolated stories, each with a moralizing instruction. Think of Aesop’s Fables with a pious twist.

As I grew older, the flannelgraph retreated to the church closet and was replaced with another prop, the plastic hollowed out bread loaf that held a couple hundred little colored cards, each with a Bible verse neatly stamped on it. At this stage, the collection of fables was superseded by a bundle of propositional assertions to be memorized for easy future access.

But in other key respects, the biblical formation I received in these pivotal years was critically lacking, not least because I never learned how these isolated stories and these bundles of colored cards fit into a larger whole, the narrative, God’s story. In particular, I never grasped the narratival backbone of the Old Testament, that which initiates at the calling of Abram and culminates in the anguish of exile. 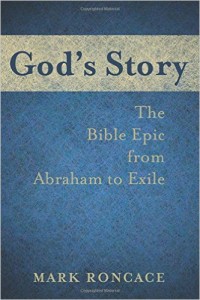 Enter Mark Roncace, Professor of Religion at Wingate University and author, co-author, and editor of many scholarly and popular books including Global Perspectives on the Old Testament (Pearson, 2013) and Jeremiah, Zedekiah, and the Fall of Jerusalem: A Study of Prophetic Narrative (Bloomsbury T&T Clark, 2005).

Mark is no stranger to The Tentative Apologist Podcast. He was previously on to discuss his 2012 book Raw Revelation: The Bible They Never Tell You About (CreateSpace). But in this episode of the podcast Mark joins us to talk about his most recent book, God’s Story: The Bible Epic from Abraham to Exile (CreateSpace, 2015).

The book is aptly named, for the it begins with the calling of Abram and ends in exile, spanning the so-called Deuteronomic history from Genesis 12 to the end of 2 Kings. In this fascinating work, Mark has removed all the non-narratival details including dense legal codes, seemingly endless genealogies, and expanded prayers. Mark has then modestly embellished the narrative, stitching it all together in a seamless and eminently readable whole. The result is exhilarating as one is acquainted with the wonder, the shock, and the sheer fascination of God’s story as they’ve never read it before.