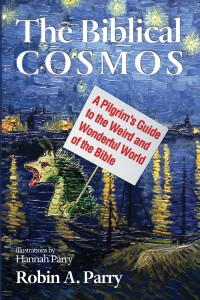 In 1993 I spent a summer teaching English in Japan. It was an unforgettable and somewhat unsettling litany of new discoveries: they drove on the wrong side of the road; they wore slippers indoors; and at night they slept on the floor on futons. For goodness sake, they even slurped their noodles at the table. Loudly. (When I did that at home I got scolded. In Japan, it was considered good manners.)

That was my first substantive engagement with another culture … and the culture shock that resulted. It was in Japan that I first learned the hard lessons about how one’s background cultural milieu can shape their view of the world, often in ways they never anticipated.

A few years later I took a graduate level course with Mark Noll and David Livingstone on the history of theology and science. At that time I read Thomas Kuhn’s Structure of Scientific Revolutions and I marvelled over the changing views of the world that people have held down through history. I was particularly fascinated by the shocking shift between the Ptolemaic or geocentric view of the universe which was predominant in the West until the 17th century and the heliocentric view that won the day after Galileo.

In short, our contemporary understanding of the cosmos is orders of magnitude distant from that which framed the worldview of the sixteenth century European. Add in an additional 1500-2500 years of time and an even more alien culture — that of the ancient middle east — and the culture shock is even greater still.

And that brings us to what Karl Barth famously referred to as the “strange new world within the Bible.” When a contemporary westerner visits Japan, slurping at the dinner table is likely to be misinterpreted. When a contemporary reader encounters a medieval text referring to the rising of the sun, this too is likely to be misinterpreted. So how alien is this strange new world within the Bible? And how apt are we to miss the point when we visit that strange land?

This question brings us to our guest for this episode of The Tentative Apologist Podcast. Robin Parry needs no introduction … literally. After all, he’s been on the podcast two times before to talk about universalism and demons. Nonetheless, here goes: Robin is currently an editor at Wipf and Stock and counts among the many joys of his employment the honor of editing my recent book Is the Atheist My Neighbor? He is also a theologian, a biblical scholar, a blogger, and a well known defender of evangelical universalism.

Just as an adept tour guide might provide indispensable insights into the worldview of  a distant culture, so in his 2014 book The Biblical Cosmos: A Pilgrim’s Guide to the Weird and Wonderful World of the Bible, Parry provides indispensable insights into the strange new world within the Bible. You might think you understand the biblical world because you’ve read the stories for years. But just a few pages into The Biblical Cosmos and I found myself saying, “Toto, we’re not in Kansas anymore.” So join us for a memorable journey as strangers in a strange land.

You can read some sample pages from The Biblical Cosmos here.