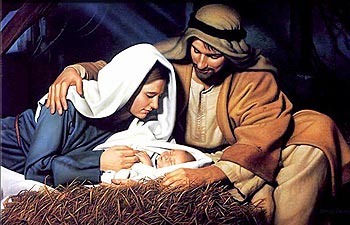 I’ve posted some more-or-less heart-warming Christmas greetings in years’ past. See 2014, 2013, 2012, and 2011. This year I’m going to instead offer a brief word on the Virgin Mary. If not particularly heart-warming, hopefully it is at least thought-provoking. And if honest about the problems it raises, hopefully it is not impious for doing so.

Let’s start here: Your standard children’s Christmas play features 12 and 13 year old kids playing out the roles of shepherds, kings, Joseph, and Mary. But of course, we know the shepherds, kings, and Joseph were not 12 or 13.

Mary, however, is a different story. It is common to depict Mary in religious iconography as a young woman in her late teens or early twenties. This seems very unlikely. The 2006 film The Nativity Story is closer to being accurate as Mary is played by then 16 year old actress Keisha Castle-Hughes. But that also doesn’t seem to get it quite right.

Our best guide to the likely age of Mary during the conception, gestation and birth of Jesus is (not surprisingly) the average age of girls at betrothal and marriage. And the typical age for betrothal and marriage in first century Judaism was 12-13. Nor is Israel unique in this regard: ancient Roman practice appears to have followed a similar standard. So it seems quite likely that Mary was 12 or 13 years old at her betrothal to Joseph. In other words, the young actress playing Mary at the Christmas play is spot on as regards her likely age.

There is no doubt that current practices on child marriage place the contemporary reader at some significant distance from the biblical nativity story. UNICEF defines “child marriage” as a formal or informal matrimonial union that occurs prior to the age of 18. Wikipedia has an interesting article on marriageable age in history down to today. While current practices are diverse, on the whole one does find, however, a significant difference overall between the ancient world and today. In our age the vast majority of countries limit marriage as an independent choice of the individual to 18 (or older). Countries allow child marriage under various conditions such as parental and/or court approval. However, only a tiny minority extend that permission to girls as young as 12-13: Trinidad and Tobego allows marriage of females at 12 with parental consent; Iran allows marriage of females at 13 with court approval; Syria allows child marriage at 13.

In sum, today, there is a broad consensus that child marriage is suboptimal at best, and an egregious violation of human rights at worse. The organization Girls not Brides proclaims on its website: “Every year 15 million girls are married as children, denied their rights to health, education and opportunity, and robbed of their childhood.

To be sure, some of the problems with child marriage are culturally relative. For example, it is possible that in some cultures early marriage provides social goods (e.g. protection; new economic opportunity) not otherwise available to an unmarried child of that age. But other problems with the practice are intrinsic. It is widely recognized that 12-13 year old girls simply lack the emotional and cognitive maturity that prepares them to enter into a lifelong covenant. And the fact that the society in question doesn’t recognize the importance of childhood and the gradual nature of cognitive and emotional maturation doesn’t change the fact that they were, as Girls not Brides declares, “robbed of their childhood.”

At this point we can note that there is some parallel between marriage and war. Earlier this year I watched the outstanding (and extraordinarily harrowing) film Beasts of No Nation, an unforgettable dramatic presentation of child soldiers. While children have fought in wars for centuries, we can all agree that the practice is unacceptable and should be eliminated. War is not appropriate for children. There is a similar consensus that marriage is not appropriate for children.

The picture gets even more complicated when we shift from child marriage to child pregnancy and childbirth. In their article “Adolescent Pregnancy: Where Do We Start?” Linda Bloom and Arlene Escuro outline the multiple physical and emotional complications with teen pregnancy (Handbook of Nutrition and Pregnancy, ed. Carol J. Lammi-Keefe, et al (Humana Press, 2008, 101-114).

So where does all this leave us when it comes to Mary? The short answer is, conflicted. One could prefer to believe that contrary to the norm Mary was significantly older than the standard 12-13 when she was betrothed to Joseph. Or one could accept Mary’s likely age and explain it as a divine accommodation to suboptimal ancient practices. You might add that Mary was uniquely mature emotionally, physically and spiritually to take on this unique blessed mission. Finally, you might point out that God as creator and sustainer of all is surely within his rights to act as he sees fit for the redemption of humanity.

You might say all these things. And you might be right to say them. But the story still remains awkward relative to currently accepted practice. So at the very least we might do well to acknowledge that awkwardness.