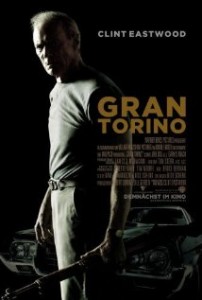 A few years ago I was having an email exchange with atheist Ken Pulliam about his speciality, the atonement. Ken was a rare individual who had no antipathy toward the evangelical Christianity he’d left behind. He had none of the condescension one often finds in the atheistic blogosphere (and, it must be said, the Christian blogosphere).

Our emailed exchanges soon turned to the topic of Girardean atonement theory. According to this theory, first proposed by French literary critic Rene Girard, the atonement functions as an unveiling of the common practice of scapegoating innocent victims. What makes this event different is that the victim in question, Jesus Christ, willingly submits himself to being scapegoated and thereby unjustly victimized. And he does so because he knows that doing so will ultimately serve to unveil the illegitimacy of the entire practice of scapegoating, thereby liberating those who are caught within this vicious cycle.

As we were talking about Girard’s fascinating proposal, Ken suggested that Clint Eastwood’s recently released film “Gran Torino” provided a powerful instantiation of the principle. I had loved the film and as soon as he suggested the link, I immediately agreed.

You see, Ken was one of those individuals who wasn’t threatened by the open exploration of issues. He didn’t accept Christianity or the doctrine of the atonement but in contrast to the polemicists he was still fascinated by the topic and sought to understand it better.

Sadly, Ken passed away shortly after our emailed exchanges, the victim of an untimely heart attack. It has been four years since his passing but I still remember our exchanges. And as I am presently compiling a presentation on the atonement for a retreat at which I am a speaker, I thought this would be a good time to share why Ken (and I) believe that “Gran Torino” provides a powerful illustration of Girardean theory.

In the film, Clint Eastwood plays Walt, a crusty old Korean War vet who develops an unlikely friendship with Thao, his Hmong neighbor, after the boy attempts to steal his prized possession, a 1972 Ford Gran Torino. Thao’s family is shamed by his action and insists that he work for Walt for the summer to pay off his debt to his aging neighbor.

As an unlikely friendship develops, Walt learns that Thao tried to steal his vehicle as an initiation by the local Hmong gang which has been oppressing Thao and his community.

Walt is outraged. As a military veteran, he has learned one way to deal with conflict: you kick the guy to the curb. That’s what Walt does in this scene as he visits the Hmong gang’s clubhouse and beats one guy senseless. His intention is to liberate Thao from the oppression of the gang. (This is a bit violent and there are some swears. But suck it up folks, this is real life.) Don’t miss the military drums, the signal that Walt is going into battle, dealing with injustice in the only way he has learned: with greater power than the oppressor.

I’d be lying if I said that that scene wasn’t satisfying.

Like most people, I want to see the bully get his ass kicked. That’s the way things are supposed to work.

But despite the immediate emotional satisfaction, kicking that bully’s ass doesn’t really help anything. Indeed, like water on a grease fire, it just makes everything worse. You see, the gang responds to Walt’s assault by raping Thao’s sister. The endless cycle of escalating victimization continues. And in an agonizing scene Walt comes to terms with the fact that his violence only escalated the cycle of victimization.

Walt is ultimately responsible for the rape of Thao’s sister.

Later in the film, Walt comes to realize the one way he can truly defeat the Hmong gang. He must make himself a willing victim. Submitting himself to the violence, rather than endlessly perpetuating it, is the only way to unveil the self-destructive cycle, thereby freeing Thao and his family.

And so Walt travels back to the clubhouse. However, this time he doesn’t come to kick anybody’s ass. Instead, he comes to lay down his life as a willing sacrifice. Walt has realized that only by sacrificing himself can he unveil the cycle of violence, thereby breaking the gang’s power and liberating Thao and his family (and the wider community).

The military drums return in this scene, but in this case they represent Walt not as the conventional warrior. Instead, he has now become the peaceable warrior of atonement, one who lays down his life to save his neighbor.

Note as well that immediately prior to his death, Walt begins to recite the Hail Mary, an act of atonement he had previously declined to do. With this action, Walt recognizes that he enters into the atoning life of Jesus Christ, the only way out of the spiral of violence and victimization.

And so he dies on the ground: having given his life for the Hmong community, Walt’s arms are spread wide in a Christic pose, one life given as a ransom for many.