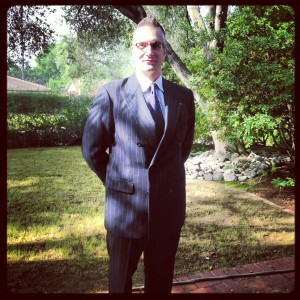 The day was November 23, 1654, when Blaise Pascal, philosopher, mathematician, public intellectual, and one of the great minds of western history, experienced his conversion. He wrote a summary of that conversion which he sewed into the lining of his jacket to keep it ever close to his heart. The account begins:

Pascal is not the first person to note the apparent contrast between God as described in the Bible and God as described by the philosophers. Nor has he been the last. Indeed, anybody who has a passing familiarity with the language of philosophical and systematic theology will quickly perceive a formidable tension between the doctrines of the philosophers and theologians and the content of biblical revelation. So how is that tension to be relieved?

In this episode of The Tentative Apologist Podcast we consider these questions with our guide, Professor Oliver Crisp. Oliver is Professor of Systematic Theology at Fuller Theological Seminary. He’s written and edited or co-edited many academic books  including Divinity and Humanity: The Incarnation Reconsidered (Cambridge University Press, 2007) and Christology, Ancient and Modern: Explorations in Constructive Dogmatics (Zondervan, 2013). To top it off, Oliver isn’t nerdy and awkward like most theologians. Indeed, in another life he could have been a teenage heart throb. Yes, he’s that cool. As you might have guessed, he’s also a personal friend. So join us as we consider the God of the Bible and the God of the philosophers with Professor Oliver Crisp.

If you like this article, please consider supporting entrepreneurs in the developing world.