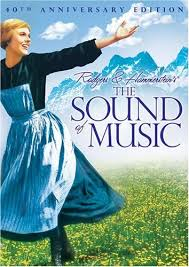 Conservative Christians have many, many strengths. In particular, they’ve waved the flag of gospel proclamation with boldness and conviction. But like any other group, they also have their weaknesses, and if there is one weakness they struggle with more than any other, I suspect it may be legalism. That insatiable tendency toward boundary-marker-drawing with the “true” Christians being those who don’t do certain things.

Like eating out in worldly restaurants. Garrison Keillor’s Lake Wobegon Days (New York: Penguin, 1985) consists of the recollections of a man who grew up in a conservative Christian family in small town Minnesota. The reminiscences are often humorous and poignant. And this scene where the family dares to visit a “worldly” restaurant on Sunday is painfully spot-on in the way it describes how many conservative Christians have viewed “the world”:

The waitress came and stood by Dad. “Can I get you something from the bar?” she said. Dad blushed a deep red. The question seemed to imply that he looked like a drinker. “No,” he whispered, as if she had offered to take off her clothes and dance on the table. Then another waitress brought a tray of glasses to a table of four couples next to us. “Martini,” she said, “setting the drinks down, “whiskey sour, whisky sour, Manhattan, whiskey sour, gin and tonic, martini, whiskey sour.”

“Ma’am? Something from the bar? Mother looked at her in disbelief. Suddenly the room changed for us. Our waitress looked hardened, rough, cheap—across the room, a woman laughed obscenely, “Haw, haw haw” – the man with her lit a cigarette and blew a cloud of smoke—a swear word drifted out from the kitchen like a whiff of urine—even the soft lighting seemed suggestive, diabolical. To be seen in such a place on the Lord’s Day—what had we done?

Such stories are truer than you might think. A couple years ago a colleague of mine shared an example of Christian legalism from his youth. It was the 1960s, a small town in the American heartland. Given that there wasn’t too much to do you might have thought the family would have been anxious to see “The Sound of Music” when it came to town. But while the family did indeed want to see the movie, they didn’t want the social stigma of being seen at the worldly movie theater, and so they drove forty-five minutes to the next town so they could attend that theater anonymously.

(This reminds me of the old joke: what’s the difference between Baptists and Lutherans? Lutherans greet each other in the liquor store.)

For a couple years, that “Sound of Music” example served as my favorite example of Christian legalism. But folks, it has now been trumped. Today I mentioned that case to a friend who is 88 years young. As I finished the story his face brightened and he said,

“I remember when ‘Bambi’ came to town we had to drive to Calgary to see it. [Folks, that’s 1942!] We had a theater in our home town, but we couldn’t deal with the scandal of being seen going there.”

Okay, that has officially become my favorite example of Christian legalism: the scandal of  attending a theater screening of “Bambi”. Such subversive behavior! Who knows where Thumper and Bambi might lead?

It’s always enjoyable to poke fun at conservatives of the past. But the fact is that conservative and liberal, we’re all legalists in various ways. And the hard (and not so funny) part is to ask, which aspects of our long catalogue of dos and don’ts will be flagged in a generation or two as favorite examples of Christian legalism?