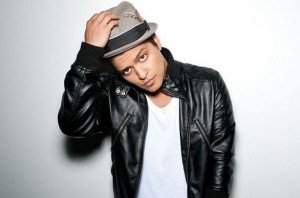 The other day I was doing some work when a song came on the radio. Since I’m blissfully unaware of the latest stars in pop music, I hadn’t previously heard of the artist (Bruno Mars) or the song (“Treasure”). It turns out that Mr. Mars is a popular artist these days. So now I’m in the know.

But what precipitates this article is not my lack of pop culture savvy. Rather, it is the following lyric:

A girl like you should never look so blue

I take it that Mr. Mars is making the following claim in these lyrics: Pretty girls shouldn’t be depressed/unhappy/down. And so just as we say:

A pest control specialist should not be afraid of mice

A butcher should not be a vegetarian

A soldier should not be a pacifist

A pretty girl should never be depressed.

I assume further that this is not a gender specific claim, but is instead a token example about the mental dispositions appropriate to physically attractive people generally. Thus, we have what I’ll call the Mars Thesis:

Now why should we think MT is true? I can only think of one possible explanation. Mr. Mars must believe something like the following:

(1) Happiness comes from the attainment of certain values.

(2) Attainment of the highest values provides happiness despite the lack of lesser values.

So, for example, consider Beautiful Betty. Because she is beautiful, Betty ought always to be happy since beauty is a manifestation of the highest value of physical attractiveness. And the lack of other values should never be adequate to trump Betty’s happiness in her own beauty.

Let’s test the radical nature of this claim by removing from Betty two prima facie values: a healthy mother and a father not implicated in any serious crimes. The former value disappears when Betty discovers her mother is terminally ill with cancer. The latter disappears when Betty discovers that her dad was just arrested and implicated in a series of murders.

While any normal person would be emotionally shattered by the diagnosis of their mother and the arrest of their father, MT suggests that this is not an appropriate response for Betty since these new disvalues are trumped by the surpassing greatness of Betty’s own beauty.

A girl like you should never look so blue