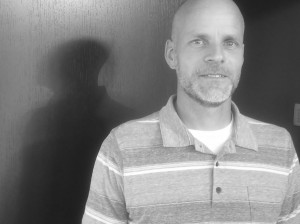 In this episode of The Tentative Apologist Podcast we sit down with screenwriter, producer and film director Kevin Miller. Kevin is perhaps best known as the screenwriter for the 2008 documentary “Expelled: No Intelligence Allowed” and as director of the 2012 documentary “Hellbound?” (You can see my review for “Hellbound?” here.) “Hellbound?” (which is now available on Netflix!) takes a critical view of the traditional understanding of hell as eternal conscious torment while offering an alternative, namely the possibility that all people will eventually be saved in Christ.

As you can imagine, the film has sparked controversy and generated some heat. (Sorry, I can’t resist at least a couple hell puns.) But even more importantly, it has helped facilitate a lively and much needed conversation.

Is Kevin’s hopeful view of universal reconciliation a viable option for the Christian? Could it really be the case that all people will one day be saved? Or is this merely modern sentimentalism (or, even worse, rank heresy) run amok?