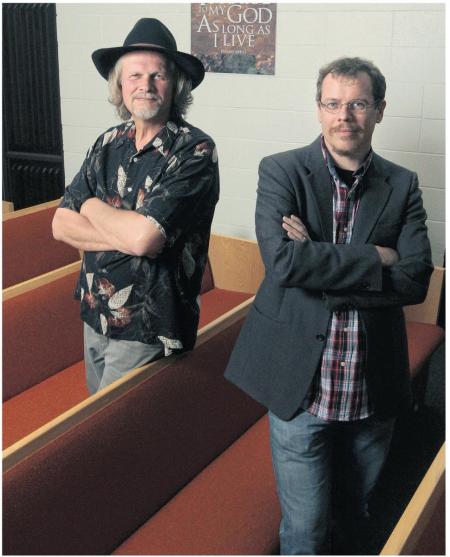 This is the final installment in my series of five conversations on God with John Loftus that we recorded during our God or Godless Alberta Tour 2013. This episode was recorded in conversation with John and David Williams (President of Taylor Seminary) while driving north to Edmonton immediately after our second debate in Red Deer.

The launching point for the discussion was John’s assertion that all the arguments I presented in the debate are “worthless”. This is a fine bit of inflammatory rhetoric, but it does prompt the question of how one assesses the value of arguments. It seems to me that we judge the value of an argument by valid logical form (the conclusion follows from the premises) and the plausibility of the premises. At least that provides a good starting point.

Consequently, in the conversation I press John to explain why he considers my arguments all worthless (i.e. wholly without any merit). Our discussion focuses on our shared agreement that “If there is no God the we are our own meaning makers.” I then argued in the debate that we are not our own meaning makers, a premise which is surely at least plausible. From this it follows by modus tollens that there is a God.

Of course a simple argument like this doesn’t settle the matter of whether God exists, but does that mean that it is “worthless”? After all, it’s logically valid, John accepts the first premise, and the second premise is at least plausibly true.

In the end, John leaves us with a disconcerting dichotomy according to which he either agrees with an argument or he dismisses the argument as worthless. But the world is much more complex and nuanced than this. Fundamentalism, it would seem, is alive and well, even among those who fancy themselves secular free thinkers.