This is the fifth installment in my review of The Christian Delusion which was originally published at “The Christian Post” in 2010. 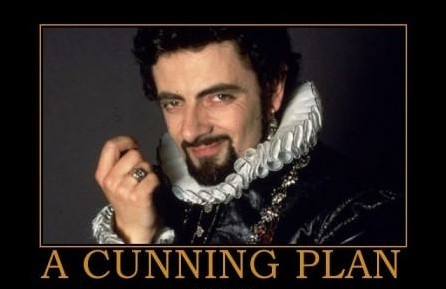 The first section of The Christian Delusion is ominously titled “Why Faith Fails.” One might expect then to find in the first essay of this section an argument illustrating to the reader why faith fails. But alas, the argument in David Eller’s essay “The Cultures of Christianity” seems to have gone missing.

Let’s begin with the first couple sentences, notable for their rhetorical swagger if nothing else:

“One of the great mysteries is why, despite the best arguments against it, religion survives. After all, every argument in support of religion has been shown to be inconclusive or demonstrably false, yet religion persists….” (25)

“It seems to me that One of the great mysteries is why, despite the best arguments against it, religion survives. After all, I think that every argument in support of religion has been shown to be inconclusive (that is, I wasn’t convinced by it) or demonstrably false (that is, I was sure it must be wrong), yet religion persists….” (25)

But alas, this revised statement showcasing the personal incredulity of Dr. Eller provides rather weak legs on which to rest any case for “why faith fails.”

I spend my time griping on this point because these two sentences retain the rhetorical excess we have already seen in the blurbs and foreword. It gets a bit tiring hearing people say how powerful their case is without laying out their case. It’s like some dude at the Dairy Queen who tells everyone how his Mustang II could smoke all the other cars in the lot, but who then insists on slurping his Blizzard in perpetuity rather than firing up the engine and laying some rubber. To borrow a phrase from Wendy’s mid-80s advertising, where’s the beef?

It would seem that for Eller the beef is that Christianity always comes to us wearing cultural dress. Not only that but, as he says (scary organ music please): “cunning Christians know this and have used it to their advantage for a long time.”(26, emphasis added). (For another “cunning” charge see 32)

“Cunning”? Geez man, lighten up. Is it “cunning” for the advocate of democracy or capitalism or a water purification system to seek a way to make it relevant to a given community? Mr. Peace Corps: “Hmmm, let’s see I could have the local shaman bless the purification system in a ceremony led by the chief.” Cursed cunning member of the peace corps, trying to get the water purified in a culturally acceptable way. How dare he!

Note to Mr. Eller: Let’s try to restrain ourselves from impugning motives and smearing characters, at least until we’ve put some gas in our tank first. (An aside: what would justify a cunning charge? How about this: an intercepted letter from a leading Christian sociologist to a Christian evangelist saying:

“Heh heh heh! Our plan is working perfectly. The subjects are imbibing their culturally embedded Christianity and are being infected by our meticulously planned mind-virus. Soon everyone will be buying WWJD bracelets and we shall become rich!”

Eller frets that Christian idioms infect our culture. He is apparently distressed that atheists will say “cast the first stone” or “lost sheep” “without any thought for their source-and how the use serves the source.” (34) What, is he joking? I don’t get my knickers in a knot when a Christian says “Gee, you’re lucky!” or “We go together like yin and yang.” Imagine being wound so tight that you have to pick at everyone’s idioms. Mr. Eller must be a real downer at cocktail parties.

All of this suggests to me an individual who has a deep-seated antagonism toward Christianity, and religion more generally, which has blurred his vision and obscured his argument. With such frenetic charges and warnings, the essay reads more like a piece of conspiracy literature than reasoned atheistic apologetics.

And so we come to the final sentence: “The hope, and the obligation, is that once people recognize the diversity, plasticity, and relativity of religion, they will see little merit in it: that which is no longer taken for granted is often not taken at all.” (45)

This simply left me puzzled, rather like somebody who tells a story with no discernable punchline and then begins to laugh uproariously while others look on confused. Never did Eller provide any argument in the chapter that because Christianity is a culturally embedded system of belief and practice which has changed through time it is therefore not true in its central claims (e.g. that God was in Christ reconciling the world to himself).

The same type of argument became popular after Thomas Kuhn’s Structure of Scientific Revolutions to argue for an antirealist view of science. Kuhn isn’t that fashionable anymore. (Read up on the famous “Sokal affair.”) But if it is not a problem that science is a cultural phenomenon which changes over time, why think this is a problem for Christianity?