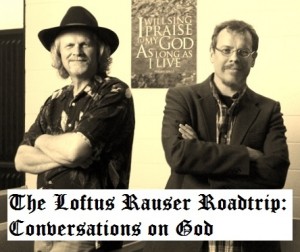 This is the second podcast conversation from the Loftus/Rauser God or Godless Tour of Alberta.

In this episode the setting shifts to a Starbucks coffee shop as John and I discuss the question of free thought. Just what does it mean to be a free thinker? Can a free thinker be part of a wider belief community? Is he (or she) obliged to accept a certain set of beliefs to be part of that community? Or do those kinds of commitments undermine the very spirit of free thought?

In the recording I introduce this as the first podcast in the conversations series. It is, in fact, the second. I had originally decided not to use the first recording because of the poor sound quality and that was my assumption when I recorded this intro. After deciding to put the first conversation online I was too lazy to re-record the intro to the second. Hence the confusion borne of my laziness and poor planning.