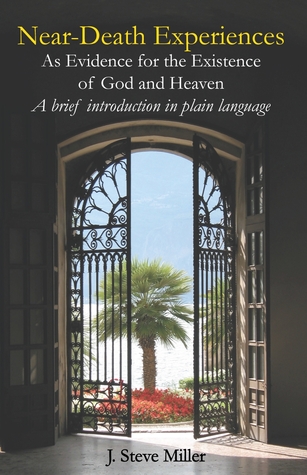 Stories of near death experiences are not hard to come by. But can these popular anecdotes of a light at the end of a tunnel and one’s life flashing before their eyes provide any hard evidence for a reality beyond this mortal coil? Or are these stories fated to remain mere chicken soup for the credulous soul?

Enter Steve Miller’s new book Near-Death Experiences, a primer to the burgeoning field of NDE research which aims to show that these cases, if assessed with skeptical distance and an open mind (often a tough combination to maintain), can provide good evidence for the existence of an afterlife, and some important facts about it.

The key here is reasonable evidence, not proof, at least not proof in terms of the kind of logical demonstration that yields epistemic certainty. But then as Miller observes, there are few things in life we can know with that kind of certainty. The key for us is whether there are reasonably good grounds to believe in something beyond death. And Miller believes there is.

The book is divided into six chapters. Miller kicks off chapter 1 (a mere two pages) with a quick reflection on the bestseller Heaven is for Real which tells the story of how four year old Colton Burpo allegedly visited heaven. I understand why Miller chose this book as a launching point for his own given that it was such a massive bestseller. On the downside, the evidential value of the Burpo story is near nil. In my view, it is far more likely that the child developed false memories through unintentionally leading questions. To his credit, Miller acknowledges that “The story seemed evidentially weak…” (18), and so it is only a launching point for the discussion of NDEs. But for those truly of a skeptical mind-set who are familiar with the Burpo book, this opening could be off-putting.

The book’s subtitle is “A brief introduction in plain language”, and it delivers on both counts. It certainly is brief as the main text is a mere 94 pages. But you still get your money’s worth, for the text is complemented with an additional one hundred pages of appendices and endnotes for those interested in digging deeper. This seems to me a very good choice, for those looking for a quick overview of the issues can read the book quickly. Meanwhile those who want to go into more depth can move carefully through the appendices and endnotes. The nine appendices cover a wide range of topics from critical engagement with naturalist Susan Blackmore’s “Dying Brain” Hypothesis to advice on how to do primary research on NDE testimonial reports.

As for the use of plain language, as Miller observes, “while some NDE literature speaks of mydocardial infarctions, I’ll simply call them heart attacks.” (xiii) Throughout the book he maintains this accessible manner, and that makes this an easy and rewarding book for a general readership.

The second chapter provides a helpful overview of the field of contemporary NDE research, beginning with Raymond Moody’s influential 1975 book Life After Life. Miller notes that the last few decades have seen over 65 studies of NDEs and 900 academic articles appearing in journals like The Lancet and Neurology (23). Unfortunately, arm chair skeptics are typically unfamiliar with this large and impressive body of literature.

In chapter 3 Miller provides “A Collage of Near-Death Experiences” which is a brief compilation of firsthand reports of NDEs to give the reader some familiarity with common characteristics of these experiences. In chapter 4 Miller considers “Naturalistic Explanations” of these phenomena and finds them wanting. The fifth chapter summarizes the evidence that NDEs provide for God and heaven while the final chapter concludes by drawing together all the evidence for NDEs and what we might learn about the afterlife from them.

In my view, Miller’s book has a few shortcomings worth noting. To begin with, Miller tends to oppose “naturalistic” and spiritual explanations. For example, in chapter 4 he considers a series of rebuttals to spiritual interpretations of NDEs and then offers rebuttals to each one. The unfortunate message conveyed to the reader is that it is an either/or. But surely at least some naturalistic hypotheses provide satisfactory explanations of at least some NDEs, even if other NDEs are best explained with spiritual categories. By stressing this point Miller would free up the reader to recognize on a case by case basis where the evidence lies without feeling obliged to defend a non-reductive spiritual interpretation in every case.

Second, while Miller offers a range of considerations in favor of a spiritual interpretation of NDEs, some of these “exhibits” (as he calls them) are comparatively weak and risk obscuring the most powerful evidence for a spiritual interpretation. For example, Miller argues that the phenomenon of color-blind individuals seeing color during NDEs is suggestive. Perhaps, but the evidential value of that kind of observation is far outstripped by cases like that of Pamela Reynolds which Miller takes from Michael Sabom (author of two books on the subject) and well known neurosurgeon Robert Spetzler. I quote at length:

“Pamela Reynolds, a thirty-five-year-old mother, underwent a complex surgery to repair a giant aneurysm in a cerebral artery. As reported by cardiologist Michael Sabom and Neurosurgeon Robert Spetzler, in preparation for the surgery they lowered her body temperature to about 50 degrees Fahrenheit and drained all the blood from her head, so that her brain was had [sic] ceased functioning by all three clinical tests — ‘her electroencephalogram was silent, her brain-stem response was absent, and no blood flowed through her brain….’ Additionally, her eyes were taped shut, she was put under deep anesthesia, brain stem activity was monitored with ‘100-decible clicks emitted by small molded speakers inserted into her ears’ and her entire body, except for the small area of the head they were cutting on, was covered completely.

“During this time, Reynolds experienced a vivid NDE where she watched part of the surgery and reported back to the doctors what she saw — describing in minute detail the specialized instruments they used for the surgery. For example, she described the saw as looking ‘a lot more like a drill than a saw. It even had little bits that were kept in this case that looked like the case that my father stored his socket wrenches in when I was a child…. And I distinctly remember a female voice saying: ‘We have a problem. Her arteries are too small.’ And then a male voice: ‘Try the other side.’ (p. 54)

Miller then goes on to outline how this case is particularly recalcitrant to reductive naturalistic explanations:

“Doctors Sabom and Spetzler (director of the Barrow Neurological Institute) confirmed the accuracy of what she both heard and saw in the operating room. Even if portions of her near death experience took place during general anesthesia rather than after the blood was drained, this vivid accurate experience occurred while she was heavily sedated, with her brain monitored in three ways to ensure that she was deeply anesthetized. Before the draining of the blood, her eyes were taped shut. A loud clicking at a rate of 11 to 33 clicks per second continually assaulted her ears. The volume of the clicks, between 90 to 100 decibels…. Even if the sedation failed, the clicking would prevent her from hearing and the tape would keep her from seeing. How could she have known these things unless she was observing them outside of her body?” (p. 55)

This is one of many powerful cases that are particularly resistant to naturalistic analyses. In my view, Miller would have been better off unpacking the veridical strength of a few case studies like this rather than distributing his cumulative case over a wide range of data with varying degrees of evidential strength. In an extended endnote to this case, Miller offers a rebuttal to Keith Augustine’s attempt to offer a naturalistic explanation (see p. 180). This is a good example of material that should have been included in the main text to drive home the evidential value of a few chosen cases for a spiritual interpretation.

Third, Miller’s Christian-friendly interpretation of NDEs is selective. As a Christian, it is clear that Miller aims to interpret the data for NDEs in a way that supports Christian belief. In the final chapter Miller turns to consider “What we learn from NDEs.” Here he argues: “While many of the NDE researchers I read don’t appear to be particularly Christian, their primary findings (as I detail them below) seem remarkably consistent (though perhaps not exclusively so) with Christianity.” (83) Miller then enumerates several factors including the existence and love of God, his intimate knowledge, personality, justice, and the importance to live in accord with him and serve others.

It seems to me, however, that Miller’s treatment here is quite selective. Consider as an example the Christian-friendly way he interprets the common datum that “God is love”. Here Miller quotes from one NDE source that summarizes a common ingredient of NDE experiences:”This encounter [with the light] is always accompanied by an overwhelming sense of unconditional love and acceptance.” (84, brackets Miller’s) At first blush this might seem to be congruent with Christian understandings of God. However, note that in most of these cases there is a complete absence of judgment or a sense of sinfulness, or the need to be reconciled to God in Jesus Christ. (As you can imagine, NDEs that include some experience of hell are also extremely rare, though see Michael Sabom, Light and Death: One Doctor’s Fascinating Account of Near Death Experiences (Grand Rapids, MI: Zondervan, 1998),  ch. 9.)) In fact, theologically the content of many NDEs diverges sharply from mainstream Christian theology. (The divergence is so striking that some interpreters suggest these experiences are in fact theological deceptions sent from malevolent forces. The very fact that such interpretations are offered suggests at least that these experiences are far from being clear endorsements of Christian doctrine.)

Finally, Miller overlooked the evidence for ghosts. Yes, I’m serious. New Testament Jews and Christians believed in the existence of ghosts (as I noted in the article “Jesus believed in ghosts (so maybe you should too).” They are also historic fixtures of the Catholic doctrine of purgatory (as I noted in the article “Should Christians believe in ghosts?”). And certain types of paranormal encounter, such as the crisis apparition, fit under the broad rubric of NDE considered in the book. (A few of Miller’s cases could be interpreted as including crisis apparitions.)

Those four shortcomings are offered simply as means to make a very good book even better. All in all, Steve Miller has produced a fine volume which delivers exactly what it promises, a brief and accessible introduction to the study of NDEs in plain language, complemented with Miller’s own excellent illustrations and down-home style. This book provides a first-rate primer for those interested in getting acquainted with this fascinating field of research. I recommend it highly.

Thanks to J. Steve Miller for sending me a review copy of his book.