One argument for God’s existence that never resonated much with me was Immanuel Kant’s argument from practical reason. Here’s one form of the argument:

(1) It is rationally and morally necessary to attain the perfect good (happiness arising out of complete virtue).

(2) What we are obliged to attain, it must be possible for us to attain.

(4) Moral order and causality are only possible if we postulate a God as their source.

(Cited from the Stanford Encyclopedia of Philosophy. See: http://plato.stanford.edu/entries/moral-arguments-god/#BasArgExeKan)

But then today I was listening to my favorite Johnny Cash song, “God’s gonna cut you down.” The song is a confession of faith that the world will be set to rights and the wicked will be one day brought to account for their sinful deeds. The moral vision of the song has always taken my breath away, for it presents a moral direction to the universe that seems right. Mind you, it doesn’t breed passivity, certainly not in me. In other words, it is not that when I listen I say to myself “Oh, God’s gonna deal with the evil oppressors in the world so I don’t have to.” Rather, it cultivates in me an excitement to get with the program and start preparing for the return of the King by working to fight for the oppressed and against the oppressors, in effect to get on the right side of history.

And as I listened I thought that Immanuel Kant with his argument for God from practical reason would probably appreciate Johnny’s song. Indeed, the song seemed to be Kant’s argument set to music.

Here’s the video, and while I can’t say I like it, it is interesting as it includes a couple dozen famous people from the Dixie Chicks to Brian Wilson all singing a profoundly Christian song about the moral direction of the universe.

I have to note one thing about the video utterly disconnected with the argument. In the video Keith Richards makes a cameo appearance. I was immediately struck by the resemblance in close-up between Richards and the seats of the late eighties Chrysler TC by Maserati. 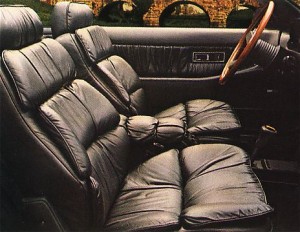 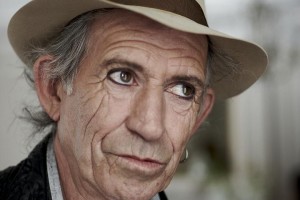