In my article “William Lane Craig’s defense of genocide based on a reprobate culture” I pointed out that the “reprobate culture” rationale provided for slaughtering all the Canaanites could apply equally well to the United States based on the argument provided by Clay Jones. Bilbo replied by suggesting that one could plausibly argue for the moral justification of eradicating the population of the United States based on the number of abortions that occur each year in the country:

“Even  though we disagreed with a decree to destroy eveybody, including all the infants, in America, because we allowed abortions, I think we could understand the reasoning:  Americans do not value their unwanted children, therefore Americans do not deserve to have wanted children.  We might disagree with that argument, and think that the punishment is rather extreme, but at least I think we could understand it.” 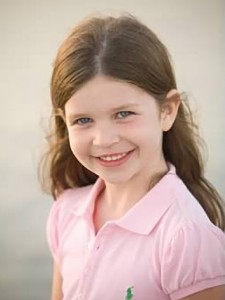 Unfortunately I don’t understand this. Not at all. In cases of ethical reflection like this I think it is essential to provide thick descriptions of what is being proposed, because broad sweeping statements simply do not capture the gravity of the claim. So rather than talk about the eradication of the entire population of the United States — all three hundred million people — let’s focus on one recent instance of killing, that which occurred at Sandy Hook Elementary in Newtown Connecticut. And let’s focus on one child, Jessica Rekos. Jessica was six years old when she was cut down in her classroom by Adam Lanza. Is it remotely plausible that Jessica’s murder constituted part of a divine judgment upon the United States for its toleration of elective abortion? Keep in mind the question is not whether we have any reason to think this is the case. The question, rather, is whether the sphere of moral reasons allows this to be even on the outer reaches of moral possibility.

The answer, of course, is no.

But if we reject (and are appalled by) this reasoning them something has clearly gone awry with the argument. Either the United States is not nearly as bad as the Canaanite culture or the underlying principle that it is morally permissible to slaughter an entire population including children to deal with sinful practices in the culture ought to be rejected.

In fact, I suspect that both of these responses are correct. By and large I suspect that for all its flaws the United States is not as morally degenerate as ancient near eastern societies that practiced infant and child sacrifice. (For example, compare the laws of ANE cultures with the modern United States and ask yourself, based on the laws alone, which society appears to be more just, compassionate and equitable?) But even more importantly, I think we can see that the idea that it might be right to slaughter infants and children as a form of judgment for the degenerate practices of a society is an idea not worth serious consideration in civilized society.