Another review of Swedish Atheist was published yesterday, this one by matichuk. It can be read here: http://matichuk.wordpress.com/2012/10/28/beyond-the-battle-another-approach-to-apologetics-a-book-review/

This is a good review in two ways. First off, it’s a review that liked the book (and that counts as pretty good in my book). In particular I’d like to note one point that matichuk makes:

You may be suspicious, as I was, about whether a Christian apologist’s fictional conversation with an atheist was merely setting up a straw-man; however, the conversation that unfolds between the two men seems thoroughly plausible ( and based in actual conversations).

That’s an important point since authenticity was a central aim of the book. I wanted to produce an apologetic conversation that reads the way a real conversation might unfold so that the reader could really experience apologetics via immersion.

This brings me to the second point: it is a review that engages the book critically. Matichuk writes:

You need not agree with Rauser on every point (I don’t) to find him a helpful resource. 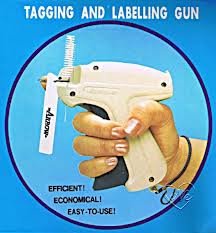 Now you might think this is rather obvious, except that we live in a day where this point is utterly lost on some people. Consider the review of the book that the apologist-with-training-as-a-librarian J.P. Holding produced last week. Holding has now offered a reply to my response to his “book snap”. You can read it here.

With this response Holding provides more evidence for his “price gun labelling” approach to apologetics. While he notes in this rejoinder that I refuted the “postmodern” side of the “emergent/postmodern” label he put on my book, he now makes like a dung fly on a fresh cowpie as he hones in on the “emergent” part of the label. This is how he puts it:

Rather tellingly, Rauser doesn’t bother to engage the first half of that designation-slash-designation, the format of which is a clue to most readers of the English language of an either/or proposition, of which either designation might be intended to apply to the designee as part of a much broader continuum of persons.

Okay, since labels are a bit of an obsession for this poor bloke I’ll note that I don’t consider myself emergent either. I don’t wear Birkenstocks, I don’t care for candles or incense during church services, I’ve only read one Brian McLaren book (and half of one Rob Bell book) and wasn’t particularly moved by either. I have written academic critiques in a book and book reviews of the work of Stanley Grenz. (In fact, and this is delightfully ironic for poor Mr. Holding, in his book-length critique of the emergent church, Becoming Conversant with the Emerging Church, D.A. Carson quotes with approval a critique I raised against Stan Grenz.) I am a realist, moderate foundationalist, and advocate of correspondence truth. (Of course, Holding would know much of that if he’d actually (a) read the book and (b) understood what he was reading.)

But that’s how this apologist-with-training-as-a-librarian approaches apologetics: with a price gun. He labels everything as quickly as possible. Indeed, this time around he adds the labels of Neville Chamberlain and hypocrite. I’m surprised he didn’t get around to calling me the anti-Christ. Maybe that’ll come later.

Now let’s talk a bit more about this idea of people without formal education in the relevant disciplines designating themselves as apologists. If you wanted to hire a librarian, you’d be rightly concerned about any candidate who didn’t have his/her Master’s in Library and Information Science. If you wanted to get a medical diagnosis you’d be very concerned about a doctor who hadn’t gone to medical school. So why is it that folk think simply because they’ve read a lot of books that they are thereby equipped to be professional apologists? (And what is expected to be a formal apologist? Apologetics is a branch of systematic theology so, not surprisingly, one would normatively expect formal education in the area of systematic theology or a closely related discipline like philosophy.)

Too bad Holding is unable to discourse intelligently on the matters that are actually discussed in the book. The sober lesson seems to be this: the ability to wield a price gun to great effect may equip you to be a stock boy. But apologetics? Not so much.