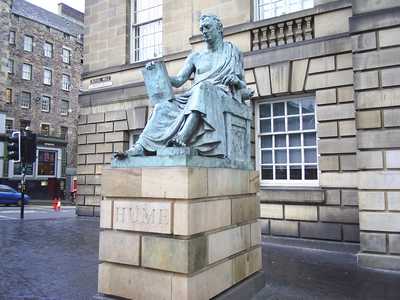 As you probably know, the idea of “tradition” has not received great press in the modern age. In particular the appeal to a grand tradition as the legitimation (or partial legitimation) for a specific knowledge discourse is categorically rejected as naive and question-begging.

Undoubtedly one of the most pivotal quotes expressing this skepticism comes from David Hume who writes in An Enquiry Concerning Human Understanding:

Hume flags two (overlapping) forms of knowledge discourse in particular: metaphysics and theology. And so he avers that appealing to ancient theological traditions, venerable institutions, classic volumes, and esteemed historical figures as justification for these modes of discourse is wholly illegitimate. Legitimate forms of discourse are justified not by their traditions but by the fact that they are rooted in abstract quantifiable reasoning or empirical reasoning. Tradition is absolutely irrelevant to our assessment of the legitimacy of the discourse. Given that tradition obscures the true legitimacy of a given discourse, you are better off without it.

Over the last 230 years this advice has influenced countless people and in doing so has, ahem,  formed a venerable tradition which contintues to set aside theology and metaphysics with a dismissive wave of the hand. For example, in Letter to a Christian Nation Sam Harris writes that “the history of Christian theology is the story of bookish men parsing a collective delusion.”

David Hume has long served as a sort of de facto patron saint in the traditions of skepticism and humanism, his words quoted with something approaching reverent awe. That in itself is ironic enough.

Then I visited Edinburgh in 2000. And after visiting Hume’s statue on the Royal Mile I watched with bemusement as one person after another approached the statue and reached out reverently to squeeze the bronze big toe. The echo with parishoners walking forward to receive communion was striking.

Years later I researched the practice. It turns out that Scottish students (and philosophy students in particular) came to believe that it was good luck to rub Hume’s big bronze toe. (The tradition is a young one given that the statue was erected in 1995.) The sculpture, Sandy Stoddart, commented on the practice:

“It is ironic that an atheist and rationalist should have his toe adored by the masses. But I deliberately stuck the big toe out over the plinth so that the public would interact with it. I knew this would happen, and now I hope this will become a fine Edinburgh tradition.”

Ironic indeed. The great philosopher who advocated casting into the flames any tradition that wasn’t rooted in abstract or empirical reasoning  is now memorialized in a statue that is the object of a tradition rooted in something rather far from reason of any sort. Talk about a collective delusion.