Last week Bryan El commented in the blog on the defense of torture techniques to extract information that might save the lives of people. (Nor was he the only one defending torture.) He wrote:

El Bryan then asked “So why do you see all forms as torture being wrong?”

There is something in El Bryan’s comments that remind me of Donald Rumsfeld’s infamous 2002 interrogation memo in which he suggested that 4 hours of forced standing was insufficient because “I stand for 8-10 hours a day.” Rumsfeld’s glib comment clearly suggested that he didn’t really grasp the full implications of the torture techniques he was affirming. And I can’t help but suspect that El Bryan doesn’t either.

Human beings have a long history of torturing one another in incredibly creative ways. A visit to the medieval torture chamber at Madame Tussaud’s Wax Museum will provide a memorable experience. When one walks through the gory displays one is led not to think “What wonderfully creative ways human beings have devised to extract information from one another!” Rather, one is led to think “What beasts we can be to one another.”

These days most of the techniques immortalized in wax at the London landmark have fallen into disuse. But dozens of other techniques have replaced them. The website of the International Society for Human Rights provides a list of current techniques being used in China.

To begin with, there is the lifting of arms twisted behind the back. Here is a description from the ISHR:

And then there is the application of electric shocks. The ISHR describes:

The victims receive electric shocks all over the face, including in the eyes, as well as in the genitals, nipples and other sensitive body parts. Electric shocks are also applied in the mouth and vagina. 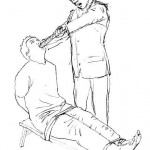 Wandering through the macabre list provided by the ISHR (available here) one has a sense for how far we haven’t come since the Middle Ages.

The practical problems with torture are well known: it rarely if ever yields useable information. And people under extreme torture will do anything to escape the agony.

But we must not lose sight of the even more important reasons, namely that the act of torturing others constitutes a fundamental assault on our own humanity. 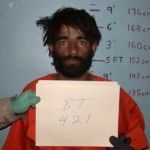 This is a picture of Dillawar, the innocent cab driver in Afghanistan who was tortured to death by American troops, a harrowing tale narrated in the Academy Award winning documentary “Taxi to the Dark Side”. This is what he looked like before he was beaten to death in a vain attempt to extract intelligence. This is what he looked like before his face was turned into a modern day Emmett Till and his legs were, as the coroner put it, “pulpified”.

The lesson has been illustrated countless times in history that whenever human beings resort to torture it always comes back to haunt them. With that in mind I offer the Parable of the Mustard Gas:

The troops were locked in battle against the other side. Day after day the weary soldiers shot their guns and cowered in their ditches. Finally, the captain said “Enough of this. Release the mustard gas!” With a great blast the mustard gas was released and in a massive noxious cloud it drifted over the field, hitting the other troops and leaving them writhing in agony as their life ebbed away. The captain smiled. They had won.

But before he knew what happened the wind shifted and the cloud blew back over the captain’s troops. Within minutes they too were writing in agony as their life also ebbed away.

And that’s why nobody leaves Madame Tussaud’s saying “I sure am glad to be human!”