Some years ago I was at a coffee shop with a friend when we got into a heated discussion over the question of whether a Christian could be a serial killer. (He said yes, I said no. ) 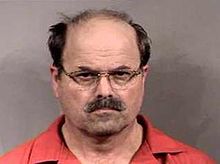 The dispute was not whether there might be self-identified Christians who moonlight as serial killers. That there are is beyond dispute. Consider Dennis Rader. Dubbed “BTK” for “Bind, Torture, Kill” by the media (it was a calling card he chose for himself as a distressingly accurate summary of the fate of his victims) he was at large for three decades. During those years he found the time to be a member at Christ Lutheran Church and to get elected president of the congregational council.

There are many passages that would seem to preclude this possibility. Consider 1 John 3:9:

“No one who is born of God will continue to sin, because God’s seed remains in them; they cannot go on sinning, because they have been born of God.”

“No one who is born of God will continue to bind, torture and kill hapless victims, because God’s seed remains in them; they cannot go on binding, torturing and killing, because they have been born of God.”

But there is a problem with this line of reasoning. The problem is that 1 John 3:9 doesn’t flag serial killers per se; rather, it flags sinners.

The problem this presents is set up very well in the following passages from Dallas Willard’s The Spirit of the Disciplines. The excerpts are long but well worth the read. (And anyway Williard is a much better writer than me so if you’ll read my stuff you should definitely be willing to read his):

It was a Bible study at a large Midwestern university in the early sixties. We were mainly graduate students of evangelical background, who met weekly to discuss selected New Testament passages. On this particular occasion we were struggling with I John 3:9-10: “No one born of God commits sin; for God’s nature abides in him, and he cannot sin because he is born of God…. Whoever does not do right is not of God, nor he who does not love his brother” (RSV).

“A straightforward reading of the passage seemed to leave this choice: either one is free from sin or one is not a child of God. A very difficult option! But a well-known “saving interpretation” was offered by one of the more sophisticated members of the group. According to it, the form of the Greek verb (poiei) translated as “commits” indicates a continuous action. Hence, the real meaning had to be that the one who is born of God does not sin all the time or continuously. A short moment of triumph ensued.

“But these were bright people, or they would not have been where they were. It was quickly pointed out that even the very ungodly do not sin all the time. They have their good moments. How could merely not sinning continuously suffice to distinguish the child of God from them? Will the one born of God not sin on Tuesday, Thursday, and Saturday but sin on Monday, Wednesday, and Friday? Couldn’t you kill someone every ten years and still meet the condition of not sinning continuously? Maybe even every five years—for every five weeks? Further, would it not introduce chaos into the New Testament teachings if we were to add “continuously” in the translation of every present indicative verb? Experimenting with a few test passages showed that it would. But if it is not to be added in every case, why should it be added just in this case—except to relieve the tension between this text and our lives?

“Things were beginning to heat up. People began to take sides. Those who thought there must be some important sense in which the child of God might be free and should be free from sin were accused of “perfectionism.” Someone finally exploded: “Well are you perfect?” But no one assented.”

“As a result we find ourselves caught on the horns of a dilemma. If one day I assure my Christian friends that I intend to “quit sinning” and arrive at a stage where I can perfectly follow Jesus Christ, they will most likely be scandalized and threatened—or at least very puzzled. “Who do you think you are?” they would probably say. Or they might think, “What is he really up to?”

But if, on the other hand, I state that I do not intend to stop sinning or that I do not plan ever to follow my Lord in actuality, they will be equally upset. And for good reason. How can Jesus be my Lord if I don’t even plan to obey him?” (Willard, The Spirit of the Disciplines: Understanding How God Changes Lives (HarperSanFrancisco, 1988), 11-12, 12-13.)

(1) God-identified Christians do not sin.

As Willard notes, attempts to avoid the problem by revising the first premise to something like “God-identified Christians do not sin continually” is not satisfactory. So what do we say? 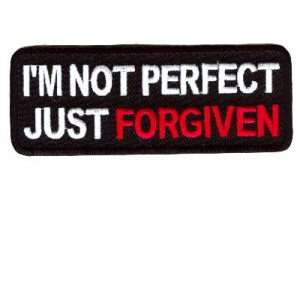 Here’s another attempt: “God-identified Christians do not sin without repenting for their sin and seeking restoration.” This definition fits well with 1 John 2:1 which recognizes the practical reality that Christians will continue to sin and when they do they can seek restoration with God through Jesus. As the bumpersticker goes, “I’m not perfect, just forgiven.”

There is a problem with this revision of the first premise however. Did you ever know a self-identified Christian who was prone to gossiping? There must be a lot of them out there because The Simpsons even included a Christian gossip in Springfield (Rev. Lovejoy’s wife). The fact about gossips like Rev. Lovejoy’s wife is that they are at some profound level self-deceived about their own righteousness. They justify their actions as they go about assassinating the characters of others. Yet few Christians would want to say that all Christians who have a penchant for gossip safely compartamentalized and unrepented for are going to hell.

Then there’s the youth leader at church who occasionally looks at pornography and the deacon who regularly neglects to declare all his purchases when he crosses the border and the Sunday school teacher who downloads pirated films on Pirate Bay and the lonely old man who sits in the backrow every Sunday smelling like the bottle of rum he drank the night before.

The fact is that the church is full of people who have compartamentalized their lives in such a way that they have habitual ongoing sins for which they have not repented. Are we willing to say that all these people are going to hell?

To deny that the serial killer can be a God-identified Christian is to open one up to the charge of arbitrariness. But to affirm it is, it would seem, to court a moral absurdity.