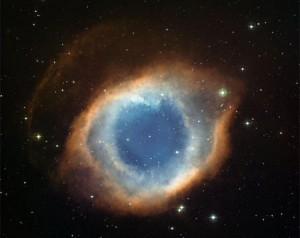 A couple weeks ago I discussed, albeit somewhat briefly, the concept of multiple incarnations according to which God the Son (or another person of the Trinity) would incarnate in multiple persons rather than just Jesus of Nazareth. The idea was taken by John Hick to apply to multiple incarnations on earth, but the way we are exploring the idea is with respect to incarnations in terms of non-terrestrial life forms. So the idea, as typically countenanced, is that God the Son would incarnate in different forms to reach the various culpable-and-thus-in-need-of-salvation intelligences in the universe.

We tend to assume that life and mind will always be carbon-based. This is not surprising given that our experience with life is carbon-based.

But one can always charge that this suffers from a lack of imagination. Perhaps life, and consciousness in particular, is not limited to carbon-based life at all. A little while ago in the comment thread for my article “Will the real Christian please stand up?” I observed:

Consider an analogy with the famous billion Chinese thought experiment. That experiment demonstrates that if conciousness is an emergent property that supervenes on the firing of neurons then it would seem in principle possible that if a billion Chinese people simulated the firing of neurons then consciousness would supervene on the whole process and that is very implausible. The logistics of conducting such an experiment make it a practical impossibility. But that is irrelevant to the thought experiment’s force in critiquing emergent views of consciousness.

(The thought experiment is discussed in David Chalmers, The Conscious Mind, 86.)

It might seem implausible to identify consciousness as arising from a billion people acting in concert. And we might be tempted to count this a problem with the supervenient philosophies of mind that make something so strange a conceptual possibility. But the problem could just as well be with consciousness itself. In other words, maybe it strikes us as implausible simply because we do not understand consciousness well enough (which is certainly the case) and thus we fail to realize the broad range of ways that consciousness — and thus life — can arise in the universe. Maybe there are more forms of life in need of an incarnation than we ever thought possible. 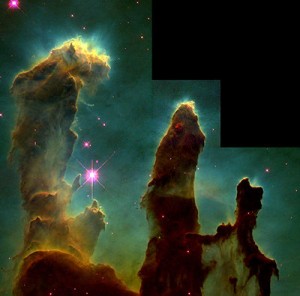 How about nebulae? Could a nebula be conscious? We certainly wouldn’t think so. Indeed, the very prospect might strike us as a physical and even metaphysical absurdity. How could a vast interstellar cloud consisting of dust, helium, hydrogen, and other gases possibly support consciousness?

Perhaps then the problem lies with our own limited conceptual horizons. And we certainly have ample evidence of those limitations. Consider a very simple example. In the eighteenth century Jonas Hanway was the first Englishman to take an umbrella to keep dry in the rain, a practice for which he was routinely mocked. Apparently the English had not yet caught on to the commonsense of using a parasol as protection from the elements. But within a few decades of Hanway’s death the practice seemed completely obvious and it was those without their umbrella who faced the insults of others.

How fickle human attitudes can be. How quick we are to change our opinions on what is obvious and what is possible and what is proper.

Perhaps we need to do a rethink of consiousness as well. For all we know perhaps it is possible for nebulae of a certain size and complexity to produce consciousness. And if so, might those nebulae be in need of their own redemption? And might God the Son have incarnated as one of them? Perhaps the Pillars of Creation or the God’s Eye nebula? (Both seem rather obvious candidates for being an incarnate nebula, don’t they?)

I suppose this rather strange article has two purposes. The first is to challenge the notion of multiple incarnations on a basic, conceptual level by pointing out the impossiblity that God the Son could be simultaneously identical with Jesus and a nebular cloud.

The second point is to challenge what is often hopelessly provincial thinking. Might a nebula be conscious? I doubt it. But might nebulae right now be debating whether human beings could be conscious? Perhaps they might, if they could see something as impossibly small as a human being.