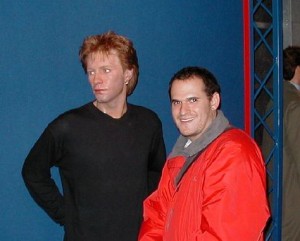 In my article “Compassion Reformed” I claim that a Calvinist theology which accepts that God loves some creatures but not others ought to qualify the compassion we feel for others. In this article I’m going to unpack that reasoning a bit further.

It is important to keep in mind at the outset that we are only dealing here with a type of Calvinism which says that God loves only the elect and thus that God’s attitude toward the non-elect can be properly described as hatred. (Some Calvinists would put it differently by saying that God loves all people but has a special love for the elect. In that case the topic of discussion would shift accordingly.)

Ultimately this means that the elect will also love the elect and hate the reprobated. But of course we do not presently know who is elect and who is reprobated. So what does that mean for one’s love of others now?

According to Matthew 22:35-40 we are called to love others. Presumably then if one believes that one must ultimately hate some, then this love for all will be provisional, it will be qualified. In this article I want to reflect on that implication.

First, let’s briefly underscore the nature of this problem. Both Calvinists and Arminians agree on two things. First, they agree that under the category of election all people are divisible into two groups: the elect and reprobate. Second they agree that barring a divine revelation of some sort, we do not know which individuals are elect and which are reprobate.

But for now the call of those who believe they are of the elect is to love all provisionally pending that final revelation.

In order to unpack the dilemma for the Calvinist we will spend some time in Madame Tussauds Wax Museum in London. (Interestingly, I once lived a fifteen minute walk from the museum but I never visitied it due to the horrendous price of admission. I did visit it in the eighties however. The wax figure of Mr. T left a big impression on me.)

Imagine that you visit Madame Tussauds on a day when every wax figure has been replaced by a real human being.  Thus, when one walks in a room and sees “Jon Bon Jovi” posing, he knows that it really is Jon Bon Jovi and he can interact with the figure accordingly. “Jon, you guys rock! ‘You give love a bad name’ is like the best song, like ever!”

The Arminian is in this position. They view all people as objects of God’s love and thus their response to every person they come into contact with is the same, an unqualified embrace which parallels the unqualified interaction of the visitors with every figure at the museum.

The Calvinist’s view parallels a very different type of exhibition. In this scenario Madame Tussauds has advertised that a certain number of real celebrities are in the museum standing in the midst of the wax sculptures. Given that the real celebrities are standing perfectly still and wearing sun glasses combined with the fact that all “statues” are roped off from public access, you cannot tell ultimately which putative statues are in fact statues and which are really people.

Of course this doesn’t mean you act any differently than the “Arminian” visiting his exhibition. Since there is a reasonable possibility that the figure is in fact the rock star, you appropriately act as if it is. So you talk to the figure: “Oh, Jon, I just love ‘Living on a Prayer’! You’re so awesome Jon! Say hello to Ritchie!”

But even if the interaction with the figures is no different from the first exhibit there is something very different. The first interaction was unqualified in a way the second is not. In the second case one could not believe that one was in fact speaking to Bon Jovi. On that point one must remain agnostic.

It is the Calvinist who has the dilemma because he believes that an indeterminate number of the figures are statues (objects of hatred) and an indeterminate number are real human beings (objects of love). So while he can act as if he saw the real stars (i.e. as if he loved each person) he in fact cannot believe he saw any particular stars (i.e. that he truly loved any particular person).

In closing, let’s switch from the fanciful setting of Madame Tussauds to a more concrete, strict parallel.

Mr. Brown lives in a small town with his wife and daughter Lacy. One Friday night Lacy is murdered and the police begin their investigation. They tell Mr. Brown that every resident in the town is a viable suspect. It could have been the gas station attendant, the banker, the priest, the doctor, the principal, anybody. So what does Mr. Brown do? He goes on with his life, acting well toward all people because he doesn’t know who is guilty. In this situation Mr. Brown can hardly have unqualified love for any of these individuals knowing that they may be the individual who murdered his daughter. Until they are cleared of the charges his attitude toward them all will be the same. That attitude may look like the cordial embrace of a fellow citizen, but that is simply because Mr. Brown doesn’t know who is guilty and thus who is the proper object of his hatred.