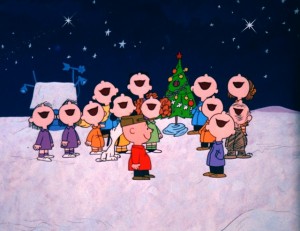 This year our church published an Advent devotional booklet. The entry I submitted was a brief reflection (I was going to say meditation, but Baptists don’t meditate — too new-agey — we just reflect) on Luke 2:20. So I have included it here for your sober reflection as well. (No meditating please, unless you’re Catholic.)

But I digress. Merry Christmas to all the Bob Cratchits and Ebenezer Scrooges and Charlie Browns, and everyone in between.

“And the shepherds returned, glorifying and praising God for all the things that they had heard and seen, as it was told unto them.” Luke 2:20

One would expect the coming of a king to be marked by a red carpet event crowded with the rich, powerful and famous. So it is a matter of great surprise when we read that the coming of Jesus Christ, Lord of the entire universe, was announced not to Emperor Caesar Augustus in Rome but rather to lowly shepherds on a darkened hillside. As unexpected as this is, there is another surprising fact in the story of the shepherds which is often overlooked: After encountering the Messiah we read that the shepherds immediately returned to their duties tending sheep. When reflecting on this fact Martin Luther wryly exclaimed:

“Oh, that can’t be right!  Did they not leave everything and follow Christ?  Must not one forsake father and mother, wife and child, to be saved?  But the Scripture says plainly that they returned and did exactly the same work as before.”

Luther’s mock disbelief is meant as a criticism of a common notion that there are two kinds of Christian, the average pew-warmer and the super-spiritual elites (otherwise known as priests, monks and missionaries). According to Luther, when the shepherds returned to their labors they undermined this dichotomy by showing that even the lowliest service is elevated as it is offered to the highest King. Certainly God does call priests, monks and missionaries, but he also calls mechanics, lawyers, and yes, shepherds. So this Christmas let us give thanks for the gift of Christ. But let us also give thanks for the honor to be, through hands and hearts of willing service, a gift from Christ.