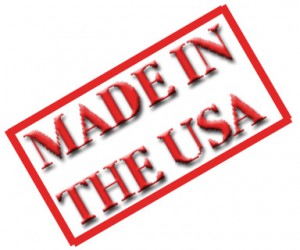 Imagine a store called “Harris Mart” which advertises great prices while proudly touting the slogan: “All our packages are made in the USA!” Anxious to shop American, support the local economy, and benefit from the quality of fellow American citizens, the locals all flock to Harris Mart.

… until they discover that the advertising is, to say the least, misleading. After a little investigation you discover that Harris Mart buys all their products from China and then repackages them with American packaging material. Yes folks, the “Made in the USA!” slogan refers to the box, not the cheap toy inside. That thing was made in a dingy factory in  Foshan.

Sam Harris has apparently mastered this shameless bait and switch in his recent claims about morality. He says he offers a scientific account of morality. But all that he considers of moral value must first be accepted independently of science. For the sake of argument let’s accept Harris’ claim about what morality is. Now we face a choice:

I would hope that Harris and his supporters would go for (3). And they do so, I think, because they intuitively recognize that (3) is objectively a preferable state of being to (1) and (2). But why is (3) objectively preferable to (1) and (2)? That is precisely the kind of basic, meta-ethical question that Harris’s “scientific” account is utterly impotent to address. It is viciously circular and completely vacuous.

It is only once he has the complete product independently of science that he slaps on his packaging by purporting that science will now help us achieve what we recognize objectively apart from science to be of objective moral value. Such chicanery should make Sam Harris blush. It is outright deceptive. I guess the good secular citizens that buy his books are easier to manipulate than the people of rural Indiana who would put Harris Mart out of business over night.