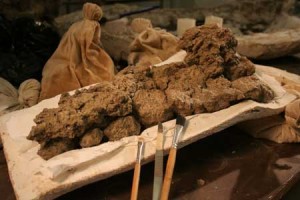 Pearson International Airport in Toronto has decent FREE wi-fi so here y’are. A mid-day post free of charge. This is prefatory to John Loftus’ essay in The Christian Delusion on natural evil. (I will present an actual review when I get back to Edmonton next week and have the book in front of me.)

I liked John’s esssay overall and was sympathetic with the argument (more sympathetic than with any of the arguments in the book thus far). In fact I have written a chapter on the problem that predation, carnivory, suffering and death in the natural world presents for Christians (simply titled “Why did God create carnivores?” and to be part of my book The Crazy Things We Believe.) So I’ve thought about the topic a fair bit myself.

What really captures my attention is how many Christians — including many highly educated Christians — continue to think and speak as if the natural world was created trouble free without predation, carnivory, suffering and death. In other words, they still inhabit the vegetarian world of Genesis 1:

Then God said, “I give you every seed-bearing plant on the face of the whole earth and every tree that has fruit with seed in it. They will be yours for food. And to all the beasts of the earth and all the birds in the sky and all the creatures that move along the ground—everything that has the breath of life in it—I give every green plant for food.” And it was so.

Nor am I talking about young earthers here. I’m talkin’ about people who accept without a qualm the old age of the earth and yet never pause to consider how to reconcile the fact that triceratops frill has been found in fossilized T-Rex dung (or as I prefer to call it, “rocky dino poo”). Now assuming Big-T didn’t go on a murderous rampage on the eighth day of creation, how is the Christian to explain such basic, universally accepted facts? He (or she) has to concede that the world was created with death in the natural world. It can’t all be pawned off on a single couple of homo sapiens sapiens who misbehaved in a garden several thousand years ago.

So what do Christians say? What should they be saying? What can they possibly say? John’s essay is a good opening salvo for a debate on just this issue and I look forward to getting back to it.