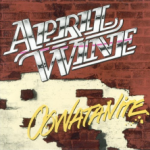 Jim Clench was a fixture on the Canadian classic rock scene as a bass player and song writer for both April Wine and Bachman Turner Overdrive. Perhaps his best known song is April Wine’s perennial concert favorite “Oowatanite”. Not exactly Gershwin, but the song, and Clench himself, have earned a mention in the liner notes of modern arena rock.

Sadly Clench just died unexpectedly of cancer at 61, and the comment of his former bandmate Brian Greenway is actually the subject of this post: “There’s another one up there jamming with the guys,” Greenway said in a modest homage to his friend.

This is where I find myself conflicted. I see what Greenway is trying to do, I guess: provide a nice little tribute at the point of death, a classic raising of the glass to the dearly departed. But does Greenway really believe that Clench is even now jamming with Jimi Hendrix and Keith Moon and Bon Scott? Really? And who is listening to the show? Might Brian Delp and Freddie Mercury be in the crowd?

Nonsense. At sad times like this I think we can offer a somber and poignant tribute without saying things that nobody really believes. Whatever we say we need to be sensitive, for this is the time for comfort words, not precise metaphysical commentary. But that doesn’t mean that we can say silly things like “Jim is jammin’ with Jesus.”

So with that the Christian who doesn’t know the spiritual condition of Clench’s life and the atheist who thinks he is presently food for worms, can both say a tribute that is respectful and yet not meaningless pap. Perhaps something along the lines of, “Well, Clench sure knew how to rock.”