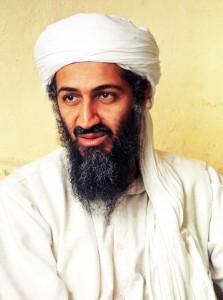 The question is repugnant not only on the surface but all the way down to its very core. It presumes a moral framework that is utterly alien to my way of understanding the universe. And yet it is a question that kept bubbling to the surface as I read Clay Jones’ essay “We Don’t Hate Sin So We Don’t Understand What Happened to the Canaanites,” Philosophia Christi, 11, no. 1 (2009), 53-72.

Jones lays his cards on the table early: “most of our problems regarding God’s ordering the destruction of the Canaanites come from the fact that God hates sin but we do not.” (53) “If that is the case, it seems that we need to understand the horror of sin, especially our sin, if we are to reconcile what appears to be God’s harsh judgment.” (54)

In other words, Jones believes that the complete slaughter of all the Canaanites was a good thing. Thus Jones distances himself from Paul Copan’s claim that the “kill ’em all” language might be hyperbolic. As he baldly puts it, “If they were having sex with just about every living thing they could get their hand on, and they were, then all had to die.” (66)

In the essay Jones lays out the sins of the Canaanites — idolatry, incest, adultery, child sacrifice, homosexuality and bestiality. But then he turns to the sins of the USA, noting that “A cursory read of at least the idea currents in American culture often reads like a sequel to Canaanite practices.” (68)

It is important that we get a grip on Jones’ argument, and its truly astounding implications, so I’ll summarize it for you:

(1) The genocide of the Canaanites was morally good because of the sinfulness of their culture.

(2) Therefore, the Jews were just in carrying out this genocide.

(3) Contemporary Americans find the genocide of the Canaanites morally objectionable because their culture is guilty of many of the same sins and so they’re are blind to the offensiveness of those sins.

And now I’ll add two more propositions summarizing the implications of his argument:

(4) Therefore,  the mass eradication of all Americans would be morally good because of the sinfulness of their culture.

(5) Therefore, Muslim militants (or somebody else) could be just in carrying out this mass eradication.

Jones seems aware that he has set himself up here and so in his final footnote he provides this very lame attempt to cut this implication off at the pass:

“This does not give us the ability to divine that horrors like 9/11 are God’s judgment on the world.” (72)

Actually this isn’t true. Jones may not know whether 9/11 was God’s judgment but based on his own argument it could have been. Moreover, Bin Laden and his followers could have known that they were directed by God to undertake this eradication. So maybe God did raise up Osama Bin Laden to exert a righteous judgment against a nation that is guilty of the same sins as ancient Canaan. And maybe someday God will aid Bin Laden and his faithful followers or some others to finish the job by emptying the whole corrupt nation straight from the liberal stronghold of Massachusetts through to the debauchery of the Hollywood hills, maybe via rusty farm implements, a dirty bomb, or a combination thereof.

To sum up, given Jones’s argument in principle 9/11 could have been God’s judgment against a culture (nearly?) as wicked as the Canaanites. And if so then there could be much worse to come. Why is Jones so reluctant to accept the conclusion of his own argument? Could it be because arguments for the justice of eradicating societies always seem more plausible when they are applied to societies we happen not to be living in?