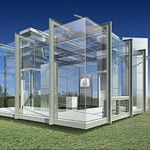 So what is naturalism? Is it a claim that only a particular kind of knowledge can be had (i.e. scientific)? If so, why believe that (especially when the naturalist’s very claim is not itself scientific)? Is it a claim that only a specific kind of thing exists? What is that thing then? Material? What if science ultimately progresses to describing everything in terms of waves? Does that falsify naturalism? I suspect at the end of the day the naturalist is simply a science fan just like the fourteen year old girl is a Justin Bieber fan:

Bieber fan: loves Justin Bieber so much that she declares in a fit of non-cognitive rhapsody “Justin Bieber is everything!”

Naturalist: loves science so much that he declares in a fit of non-cognitive rhapsody “Science is everything!”

Let’s look at one area that I mentioned last time: free will. My point in raising this issue was to point out that many naturalists/atheists/skeptics/agnostics have not even begun to think how to account for different aspects of reality from within their worldview. They’re ready to throw the rock without being aware of the vulnerability of their own walls.

Robert Gressis is the exception that proves the general rule.  He’s an academic who spends his daylight hours thinking about these matters. And his open mode of critical enquiry is much appreciated. Gressis says that if materialism of the mind led to determinism then he’d abandon materialism. But Gressis points out that there are other options. First, he says that we may not need agent causation to have free will (which is what my claim assumes). (Metaphysicians distinguish between two basic types of causes: agent and event.) Second, he suggests that the brain may be the ground of agent causation. I’d be happy to hear more about both options.

Let me make a couple points in response however. First, the jury is certainly out on whether these proposals are viable or not. (Of course the jury is still out on almost everything in philosophy, which is just another reason why you shouldn’t throw stones in glass houses.) Second, even if these proposals are sustainable, it does not bother a Christian, for there are many Christian materialists qua the self (Peter van Inwagen for instance is both a well known defender of libertarian free will and a materialist). But if these proposals fail, and substance dualism is ultimately necessary for libertarian free will, then that is a real blow to the naturalist (however s/he defines the view). So the playing field may not be level, but that’s not my problem.

Finally, let’s note the response of AcesLucky to the free will challenge: “many do not believe there is such thing since every action, even the action intent, is telegraphed by neurological activity prior to any conscious decision.” This is striking! AcesLucky would sooner surrender commitment to free will so that every action we do is determined by prior physical causes, than give up naturalism.

I’m hunting for analogies to explain this extraordinary inversion of priorities. Okay, how about this: it’s like that fourteen year old girl insisting that she would prefer to be emancipated from her parents if it only meant she could have a date with Justin Bieber. Free will and parents be damned. Naturalism and Bieber here we come!