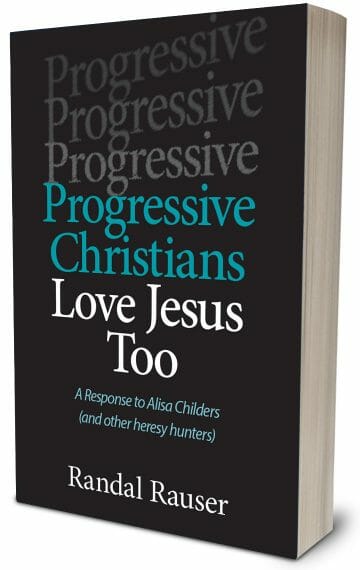 Some Christians want to silence the progressive conversation. Don’t let them.

Over the last two decades, they have authored award-winning books, headlined bustling conferences, helmed popular podcasts, and amassed a formidable social media presence. Along the way, they have deeply influenced, inspired, and challenged a generation of Christians to rethink their faith for the twenty-first century.

But what if they are not Christians at all? What if these revered authors, pastors, and public speakers are really wolves in shepherds’ clothing who live a different faith and proclaim a different gospel? Those are the extraordinary claims that Alisa Childers makes in her popular book Another Gospel?

In Progressive Christians Love Jesus Too, professor and theologian Randal Rauser provides a careful, point-by-point rebuttal to Childers’ incendiary claims. Along the way, he highlights the nuances and multiple insights to be found in the progressive conversation and he provides a cautionary warning to any Christian who is in danger of confusing their own sectarian theological tradition with the glorious faith once and for all delivered unto the saints, a faith that must be renewed for every new generation.