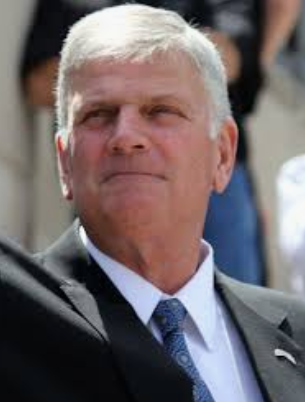 It looks like my new book Progressive Christians Love Jesus Too came out at just the right time. Two days after its publication, Franklin Graham published a nasty screed called “The Eternal Peril of Progressive Christianity“. In this article, I’m going to offer an analysis.

Graham begins with this line: “For decades, a war has been raging against Biblical Christianity that goes under the seemingly innocent name of ‘progressive Christianity.'” First off, the term “progressive Christianity” has not been around “for decades”: it has only entered popular currency in the last few years. In other words, Graham is inventing an enemy from the outset. And make no mistake, progressive Christianity is an enemy. Graham immediately frames the matter not as a discussion and debate among Christians. Instead, he uses the us/them rhetoric that is commonly used to otherize and dehumanize enemies.

Interestingly, on the same day that this article was published, The New York Times published an extensive analysis of Tucker Carlson’s popular Fox New TV show outlining how Carlson repeatedly uses the racist “replacement theory” to otherize and dehumanize outgroups (e.g. his infamous claim that immigrants are making America “poor and dirtier”) as a means to galvanize his angry, white audience. Graham uses similar tactics in this article: creating a target of hatred — “the other” — to galvanize his angry, conservative evangelical audience.

Next, Graham claims that this vague thing he calls “progressive Christianity” has “infiltrated the pulpits of thousands of churches and been propagated by a godless liberal media” all while seeking to cast “doubt and undermining the foundational principles of God’s Word.” These individuals “deceitfully promote and proclaim” (note the allegation of deceitful intent) “a ‘different gospel, which is really no Gospel at all.'” And in case you didn’t get the point, Graham doubles down: “Let me say that again—progressive Christianity is not a Gospel at all. It has nothing to do with the Gospel of Christ’s death, burial and resurrection. It results in nothing but spiritual confusion and chaos.”

Note again the black/white nature of Graham’s rhetoric. Graham insists that progressive Christianity has no truth at all. It is an utter violation, corruption, abdication of the Gospel, period. It utterly rejects Christ’s death, burial and resurrection. And the result is completely and wholly destructive.

Graham then warns that “Progressive Christianity denies the divinely inspired, authoritative truth of the Bible as it intersects every facet of living” and as evidence he cites “gay marriage” and “gender identity”. (Of course he does: in addition to dislike for immigrants and refugees, those are the two issues that evangelical Christians seem to obsess most about these days.)

Graham begrudgingly acknowledges that progressive Christians are “concerned with the issues of social and racial justice” but he quickly adds that they disregard “the far more fundamental issue of God’s justice—how a holy and just God deals with sinful and wicked men.”

So according to Graham, social justice is kind of important but not as important as “God’s” justice. (To bad Graham wasn’t around to give Jesus the memo before he preached the Sermon on the Mount.)

The article continues piling up shocking allegations and disturbing warnings: “progressive Christianity can send a person to hell” while teaching “good works alone will earn salvation” and denying “the fullness of the Trinity”. However, throughout the entire article, Graham never names a single “progressive Christian”. Nor does he quote any. To be sure, that is a blessing: given the frenetic tone of the article, you can be assured that Graham is utterly incapable of engaging in a thoughtful manner with people who disagrees with him.

This harangue is the kind of speech you give to troops to rally them before a battle. It is not the time for the charitable engagement with one’s neighbor in which you model the Golden Rule by seeking to understand the views of others with rigor and care. Rather, it is a time to create bogeymen that are the objects of hatred and impugn evil motives and otherize your vaguely defined outgroup as the enemy in a shameless ploy to “rally the base”.

It is no surprise that Graham is such an unflagging sycophant for Donald Trump. These men are both preachers of ignorance and hate.