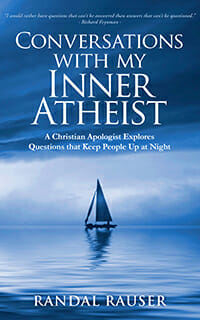 There are certain questions that linger in the shadows of Christian faith. Due to their awkward, difficult, disturbing implications, we are reluctant to ask them. And the Christmas story has been a catalyst for many such questions. For an earlier generation under the sway of modernist skepticism about miracles, the doubts often centered on whether a virginal conception was even possible or whether the very different nativity stories in Matthew and Luke could be reconciled.

In our own day, with a growing concern about the concept of child brides (i.e. any bride under 18) and the spotlight that the #MeToo movement has placed on sexual consent, some of the concern shifts to internal details of the narratives about Mary in particular. If, as seems likely, Mary was likely 12 or 13 years old when she was betrothed and became pregnant, does that notion present a problem?

One way to see the issue is by subjecting the scenario to what I call the Newspaper test. If you read in the newspaper about a young girl just entering puberty becoming pregnant and being married off to a man twice her age (or more) would you consider that a suitable matrimonial arrangement? Would you worry about that child’s well-being? And do such concerns present an objection to the birth narrative of Jesus?

The following article is a chapter from my book Conversations with My Inner Atheist. The book features a dialogue between myself and that inner voice of skepticism and doubt that is not afraid to pose those questions that linger in the shadows. I call that voice My Inner Atheist, Mia for short, and in this chapter, we take a hard look at the virginal conception of Jesus and Mary’s role within that Christmas miracle set against the backdrop of our contemporary understanding of child brides and consent. If you enjoy the chapter, please consider clicking the Amazon link and purchasing yourself all 25 questions for Christmas! At a mere four bucks on Kindle, you can’t go wrong! (Well, technically you could, but it’s not a huge risk, right?)

Mia: Okay, enough about natural events. Let’s talk about a very unnatural one: the virgin birth.

Randal: Virgin birth? Hey, now that’s a change of topic! So are you going to raise an objection to this miracle? Or are you going to take issue with the very different nativity stories in Matthew and Luke?

Mia: No, actually I want to focus on the age of Mary and the concept of consent.

Randal: Whoa, that’s a new one. I didn’t see that coming.

Mia: Well, buckle up, buddy. Things are about to get awkward. So let’s start out with your standard children’s Christmas pageant. Typically, it will feature, like 12 and 13-year-old kids playing the roles of shepherds, kings, Joseph, and Mary. Cute, right? Especially since we know that the shepherds, kings, and Joseph were not really 12 or 13.

Mia: Mary, however, is a different story. While it’s common to depict Mary in religious iconography as a young woman in her late teens or perhaps early twenties, in all likelihood she was much younger. The 2006 film The Nativity Story is closer to being accurate when it cast then 16-year-old actress Keisha Castle-Hughes as Mary.

Randal: Sixteen? That is awkward.

Mia: It gets worse. It seems that even 16 is likely too old for Mary. The average age of girls at betrothal and marriage in first-century Judaism was—wait for it—between 12 and 13. So it seems quite likely that Mary was 12 or 13-years-old at her betrothal to Joseph.18 In other words, the pubescent kid playing Mary at the Christmas play is spot-on as regards her likely age.

Randal: Now this is really getting awkward.

Mia: There is no doubt that current attitudes in the developed West toward child marriage place the contemporary reader at some significant distance from the biblical nativity story. UNICEF defines “child marriage” as a formal or informal matrimonial union that occurs prior to the age of 18. Wikipedia has an interesting article on marriageable ages in history down to today.19

Randal: Wikipedia, eh? Going for the top-shelf research, I see.

Mia: Don’t be an elitist twit. You can get a lot of good information from Wikipedia and this is a great example. While current practices globally are diverse, on the whole one does find a significant contrast overall between the ancient world and today. In our day the vast majority of countries limit marriage as an independent choice of the individual to 18 or even older. Countries allow child marriage under various conditions such as parental and/or court approval. However, only a tiny minority extend that permission to girls as young as 12 or 13: Trinidad and Tobego allows marriage of females at 12 with parental consent; Iran allows marriage of females at 13 with court approval; Syria also allows child marriage at 13.20

Randal: Wow, now that makes me uncomfortable. What are those countries thinking?

Mia: Glad that you share my aversion to this practice. But here’s the good news: with these exceptions noted, today, there is a broad consensus that child marriage is suboptimal at best, and an egregious violation of human rights at worse.

Randal: I take your point. But you must concede that at least some of the problems with child marriage are culturally relative. For example, it is possible that in some cultures early marriage provides social goods such as economic security and protection which would not otherwise be available to an unmarried child of that age.

Mia: Fair enough, I’ll grant that. But then you must grant that other problems with the practice are intrinsic. For example, it is widely recognized that 12 or 13-year-old girls simply lack the emotional and cognitive maturity that prepares them to enter into a lifelong matrimonial covenant. And the fact that the society in question doesn’t recognize the importance of childhood and the gradual nature of cognitive and emotional maturation doesn’t change the fact that these are children who are being robbed of their childhood. The fact that it “could’ve been worse” doesn’t change the reality that it is still very bad.

Randal: ‘Robbed’ might be a bit strong but for the most part, I agree.

Mia: The picture gets even more complicated when we shift from child marriage to child pregnancy and childbirth. In their article “Adolescent Pregnancy: Where Do We Start?” Linda Bloom and Arlene Escuro outline the multiple physical and emotional complications with teen pregnancy.21 Needless to say, these complications are exacerbated significantly when the child is a mere 12 or 13-years-old.

So then we face the question: what if Mary was a child who herself couldn’t as yet consent to bearing a child?

Randal: I feel the tension here, for sure. It would be a lot easier if I had a good independent reason to believe that Mary was 19 or 20 when she was betrothed to Joseph. And as a parent of a teenage girl, I can say that even 19 or 20 seems terribly young, to say nothing of a 12 or 13-year-old.

But what follows from Mary potentially giving birth as a 13-year- old? It certainly doesn’t follow that Christians are obliged to think 12 or 13-year-olds are generally ready for marriage and child-bearing. Rather, what follows is simply that God accommodated to the imperfect cultural mores of the time in which he chose to incarnate his Son. And given the limitations of that context, I have every reason to believe that he would have selected a uniquely mature and pious young lady for the honor.

I think it is also worth pointing out that since God is creator and sustainer of all, he is surely within his rights to act as he sees fit for the redemption of humanity.

Mia: Interesting choice of words. You call her a ‘young lady’; I call her a child. The fact remains that the story of Christ’s incarnation is predicated on a child bride giving birth at the very advent of puberty. I find it hard to believe that an omnipotent and perfectly wise God could not have found a better way to bring his son into the world, even if he was accommodating to an imperfect culture. What is more, it seems to me that this kind of action would naturally suggest to people that God was saying child brides are generally okay, and I think that’s a terrible message to give.

Randal: Yeah, I get that. We may have to agree to disagree. But let’s also keep in mind that we don’t actually know Mary’s age so this whole discussion is somewhat speculative.