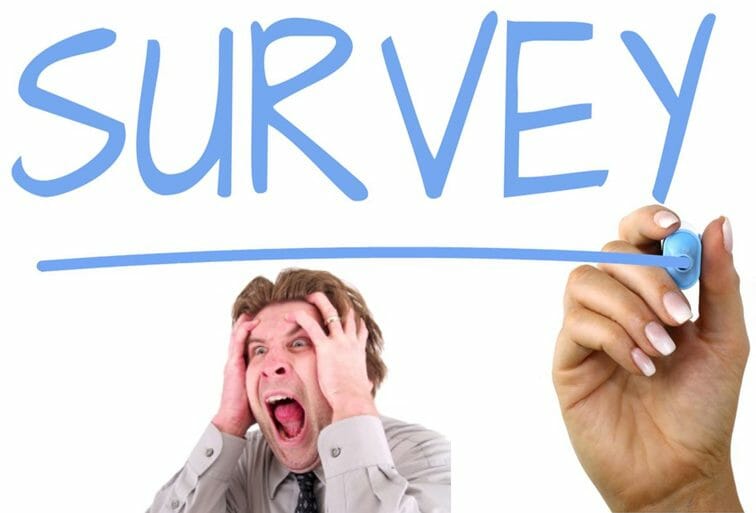 Back in August 2021, The Christian Post published an article with the dramatic title “60% of adults under 40 say Jesus isn’t only way to salvation; equal to Buddha, Muhammad.” The article includes the ominous subtitle: “Survey shows pluralistic worldview expanding rapidly among American Christians.”

This is a classic example of what I call a scare survey, one that offers some shocking statistical result which is sure to scare conservative Christians.

The scare survey in question was originally released by “Probe Ministries”, a conservative evangelical apologetics ministry in Plano, Texas. Probe Ministries makes a big deal of promoting the survey on their website. And that is our first caution. If the survey didn’t yield dramatic results, it would not garner much attention to the apologetics ministry that funded it or the resources they offer to combat the alleged problems the survey uncovered. It isn’t a stretch to see how this can create a pressure to influence research methodology, one that results in motivated reasoning in which the researchers desire a certain outcome to their research: the more dramatic the better.

Needless to say, this plays right into the interests of conservative evangelical websites like The Christian Post that are seeking sensational headlines that can provide clickbait for their audiences. For The Christian Post, a survey result that suggests evangelicals are becoming pluralists who embrace “Buddha, Muhammad” alongside Jesus is gold.

Given these significant concerns, it shouldn’t surprise that the survey does not hold up under scrutiny. Let’s begin with the concept of pluralism itself. According to Probe Ministries, “Pluralism is the belief that there are multiple ways to obtain a right relationship with God, including most if not all world religions.” By contrast, Probe Ministries makes a two-fold exclusivist claim: ” The only way God could redeem us was through the sacrifice of Jesus, fully God and fully man”; “we cannot receive it by placing our faith in some other person or deity.” (source)

Based on these assumptions, Probe Ministries explains the survey as follows:

To determine who was a pluralist, we asked what the respondents thought about the following two statements:

2. I believe that the only way to a true relationship with God is through Jesus Christ. Answers from Disagree Strongly to Agree Strongly (source)

I find several problems with the way these survey questions are framed, but the main problem is that the questions fail to distinguish pluralism from inclusivism. Pluralism is not “the belief that there are multiple ways to obtain a right relationship with God, including most if not all world religions.” Rather, pluralism is the view that multiple distinct religious systems are equally “true”.

But what does that mean, exactly? The premiere modern defender of pluralism was the theologian and philosopher John Hick. In An Interpretation of Religion Hick provides an admirably rigorous exposition and defense of pluralism. If you want to understand the position, that is the place to start. Hick defines ultimate transcendent religious reality as “the Real” and he argues that the doctrines of various religions function not to describe the Real but rather to move the adherents to the religions from being self-centered to other-centered. As for the Real itself, Hick’s account is predictably apophatic. Since he does not want to affirm any one religious tradition as true over-against the others, he is limited to insisting that we can only make formal (i.e. trivial) statements about the Real as well as negations (i.e. saying what the Real is not).

That’s what pluralism looks like when it is rigorously defined. To be sure, few de facto pluralists have Hick’s acumen. Most are content to say things like “All religions are true” without bothering with how to give a clear sense to that statement beyond the desire to give every major religionist a blue ribbon.

But as we have seen, that is not at all how Probe Ministries define pluralism. Rather, as I noted they define it as the view that “there are multiple ways to obtain a right relationship with God….” And as I said, that definition is compatible with inclusivism. Inclusivism is the view that while Christianity is true and Jesus is the one way to the Father, God providentially works through many ways outside of the formal confines of the Christian church to reconcile people back to himself.

It is important to understand that inclusivism has always been a part of the Christian tradition. In the second century, Justin Martyr talked about the ancient Greek philosophers like Plato relating to God through his Logos in creation. In the sixteenth century, Ulrich Zwingli opined that Greeks like Socrates, Aristides, and even Hercules would be in heaven. In the twentieth century, Karl Rahner argued that God may sovereignly use the doctrinal systems and communities of non-Christian religions as means of grace by which Christ reconciles people to the Father. Indeed, Rahner called such individuals “anonymous Christians”. And his views were so influential that the Catholic Church adopted that hopeful inclusivist framework at Vatican II.

Inclusivism may not have been a major view in evangelicalism but it has been present. C.S. Lewis described an inclusivist theology in The Last Battle with the provocative case of an individual who worships Aslan by worshipping the false god Tash (though Lewis’ description does not carry the positive assessment of Tash that Rahner has for other religions). More recently, theologians like Clark Pinnock and John Sanders have offered extensive discussions and defenses of inclusivism for an evangelical audience. Even conservative Baptist evangelical Millard Erickson defended a hopeful inclusivism.

So here is the question for us: when a respondent answers the Probe Ministries survey question “I believe that the only way to a true relationship with God is through Jesus Christ” with a “no”, are they endorsing something radical and quite un-Christian like Hick’s pluralism? Or are they only meaning to endorse an inclusivist hope that is clearly within the mainstream orthodox Christian tradition? Or perhaps are they meaning to affirm something else?

Since the survey adopts a fallacious definition of pluralism which conflates the view with inclusivism, it offers no insight to that key question. But even if it offers dubious value as research, it does function effectively as a scare survey to raise the profile of Probe Ministries and the range of services that they offer.