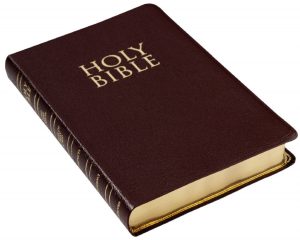 A parent once asked me whether The Passion of the Christ would be appropriate viewing for his ten-year-old child. I replied by asking if he thought the infamous ten-minute torture-ear amputation scene in Reservoir Dogs would be appropriate. The fact that you interpret some violent event as having religious significance doesn’t magically make it appropriate for all ages.

And it isn’t just about movies, of course. Ultimately, for Christians, this is about the violence specifically contained within the Bible. And here we come to a great irony: the same parents who carefully read book and film reviews at Commonsense Media and Kids in Mind in order to screen the content their children are exposed to will hand them a Bible and encourage them to read without any restriction at all.

Reflecting back on my own childhood, I can recall several passages that I read as a child which jolted and disturbed me. For example, Judges 3 describes the assassination of obese King Eglon. I remember being haunted by the image of the fat of his gut closing in over the dagger like the blob in the campy 1950s horror film I watched as a child. And to add shock value, he defecates as he is dying:

20 Ehud then approached him while he was sitting alone in the upper room of his palace and said, “I have a message from God for you.” As the king rose from his seat, 21 Ehud reached with his left hand, drew the sword from his right thigh and plunged it into the king’s belly. 22 Even the handle sank in after the blade, and his bowels discharged. Ehud did not pull the sword out, and the fat closed in over it.

And just a chapter later, we meet Jael who brutally pounded a tent peg into the temple of her sleeping foe. I can still remember the pressure I felt on my own temple, hyper-suggestible little chap that I was, as I read that:

21 But Jael, Heber’s wife, picked up a tent peg and a hammer and went quietly to him while he lay fast asleep, exhausted. She drove the peg through his temple into the ground, and he died.

But for me, the most haunting image came with the impalement of the baker in Genesis 40 followed by the image of ravens stripping the flesh of his corpse off the bones. That really disturbed me:

18 “This is what it means,” Joseph said. “The three baskets are three days. 19 Within three days Pharaoh will lift off your head and impale your body on a pole. And the birds will eat away your flesh.”

And then there was all the crass sexual imagery as in the shocking parabolic description of religious unfaithfulness as a woman’s infidelity in Ezekiel 23:20:

20 There she lusted after her lovers, whose genitals were like those of donkeys and whose emission was like that of horses.

And perhaps most shocking of all is the combination of sex and violence as in Numbers 25 when Phineas impales a man and woman presumably having sex, a scenario that could have inspired more than a few killings in 1980s slasher films:

7 When Phinehas son of Eleazar, the son of Aaron, the priest, saw this, he left the assembly, took a spear in his hand 8 and followed the Israelite into the tent. He drove the spear into both of them, right through the Israelite man and into the woman’s stomach. Then the plague against the Israelites was stopped;

I’m quite sure that no child should be exposed to the image of equine ejaculate or of a man and woman being impaled like two hunks of meat on a giant shish kabob. And so, to conclude, just as The Passion of the Christ or Reservoir Dogs is not an all-ages movie, the Bible is not an all-ages text. And believing it is divinely inspired doesn’t change that fact.