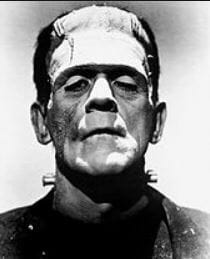 I had a civil discussion with “Pinecreek” recently on my book Jesus Loves Canaanites. At least, I thought it was civil. Alas, now true to form, Pinecreek has posted a severely shortened edit which he has labeled as “bloviation free”. Oh, how delightfully cheeky that is! Because you see, I’m a pompous, long-winded idiot.

And of course, Pinecreek’s audience laps it up. They watch his YouTube channel to see him mock others. They like to be reminded how they are smart and others are stupid, and what better way to be reminded than just to point and laugh? The top insult posted below the video really summarizes the mentality:

“When Randal begins a sentence with ‘So’, that’s his bloviation warning. I wish Doug had a loud, annoying buzzer that he could press every time Randal began with ‘So’, and thereby direct Randal to get to the point.”

Pinecreek is very effective at what he does, and what he does is called indoctrination. You see indoctrination as he undermines careful, critical thinking, the kind that depends on charity and an actual attention span. In its place, he presents his audience with a simple binary choice between insiders and outsiders. Outsiders are dummies of questionable moral character who believe absurd things. And they try to hide the absurdity of their views by embedding them in torturous layers of obscuring bloviation.

Enter Pinecreek who equips his audience to cut through all that bloviating BS with an edited video.

I don’t know much about Pinecreek Doug, but I do know that he comes from a conservative Christian background. And judging by his conduct toward outsiders today, I suspect it was a particularly virulent fundamentalist strain of conservative Christianity that formed him, one in which outsiders were dismissed as worldly, morally wayward people of darkness and lies while those from his Christian in-group were people of the light and truth. (The Gospel of John, selectively proof-texted, is particularly effective in buoying that kind of stark binary framework.)

If I am correct in that supposition, then the Pinecreek you see now is, ironically enough, the product of the Christian community he now disparages with such open contempt. Like Frankenstein’s monster, he has turned on those who made him, and his YouTube channel is a sad testimony to his own damage.

This brings me to an obvious question: should I have appeared on Pinecreek’s show a few weeks ago? You might think, after all, that the wiser course is not to give people like that the opportunity to edit your words and mock you as a bloviator. I definitely agree that you should only interact with people like this with your eyes open. But even if Pinecreek and most of his audience have contempt for those from various outgroups, there is a very small quiet minority who do listen and who have respect for others. I know because I’ve heard from them. Though a thousand people may laugh at me, I focus on the one life I can touch.

Just this morning, I read the following review of Jesus Loves Canaanites on Amazon. This is why I do what I do.