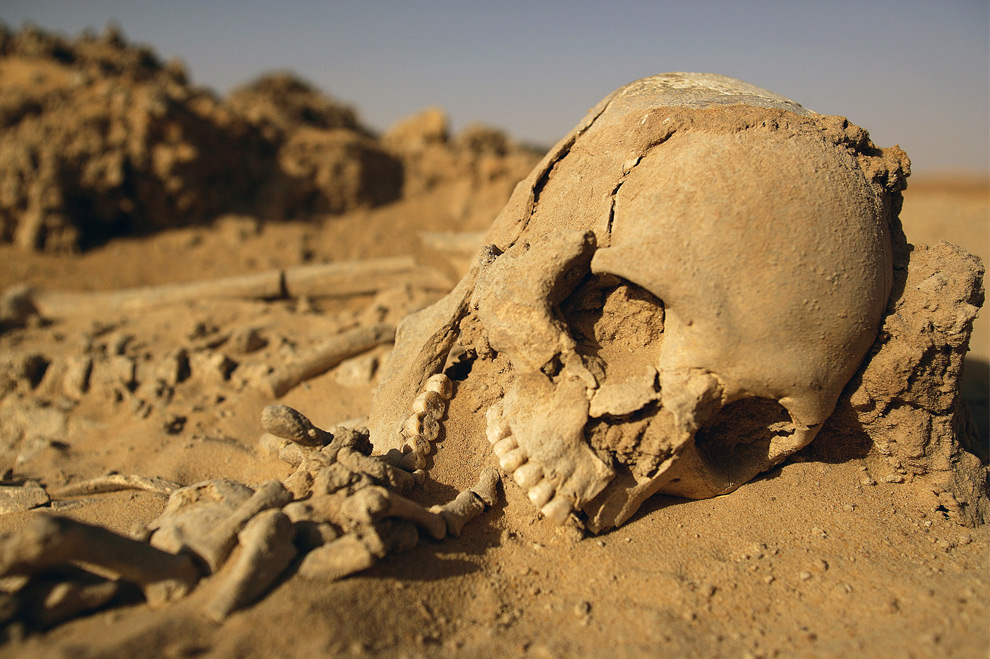 The heart and foundation of Christianity is belief in a God who is worthy of worship: in the words of Anselm, that being than which none greater can be conceived. And so, when the Bible depicts God as acting in a manner that appears to be less-than-perfect, this creates a challenge for the Christian reader. There is perhaps no more glaring an example of this problem than God’s command to the Israelites in Deuteronomy 20:16-17:

“16 However, in the cities of the nations the Lord your God is giving you as an inheritance, do not leave alive anything that breathes. 17Completely destroy them—the Hittites, Amorites, Canaanites, Perizzites, Hivites and Jebusites—as the Lord your God has commanded you.”

Christians have offered many solutions to resolve this difficult issue but in this article I will focus on an approach that is currently quite popular: I call it the Just War Interpreter. According to this position, while the texts might appear at first blush to entail genocide, a closer reading warrants the conclusion that God was actually commanding actions consistent with just war.

Just War Interpreters offer several arguments for their position. For example, they claim that the language of Deuteronomy 20:16 -17 should be interpreted as hyperbolic. Further, they assert that the cities such as Jericho and Ai which are the primary targets for mass killing were, in fact military outposts serving a largely rural population. And finally, they argue that the primary directive within the text is not eradication but rather removal of that rural population: in other words, God’s primary intent was always to drive the Canaanites out of the land rather than to kill them en masse. In this article, I am going to offer a rebuttal to that third argument, the one that appeals to the theme of displacement. I will argue first that displacement still entails another war crime, that of ethnic cleansing. Second, I will argue that a closer consideration of the act suggests that it still qualifies as genocide even when the primacy of the language of displacement is taken into consideration.

Genocide and Driving Out

Let’s begin with a definition of genocide. The United Nations Convention on the Prevention and Punishment of the Crime of Genocide offers the following legal definition of the concept in Article II:

“In the present Convention, genocide means any of the following acts committed with intent to destroy, in whole or in part, a national, ethnical, racial or religious group, as such:

(a) Killing members of the group;

(b) Causing serious bodily or mental harm to members of the group;

(c) Deliberately inflicting on the group conditions of life calculated to bring about its physical destruction in whole or in part;

(d) Imposing measures intended to prevent births within the group;

(e) Forcibly transferring children of the group to another group.” (link)

It certainly appears that the command in Deuteronomy 20:16-17 to “completely destroy” these people groups such that no members are left alive would meet the first and most overt example of genocide, that of killing members of the target group on the basis of their identity as group members.

However, the Just war Interpreters offer a different view. As I noted, they argue that the language of total eradication in Deuteronomy 20:16-17 should be interpreted in light of the central theme of expulsion. For example, in his book God Behaving Badly, David Lamb writes that “the primary image to describe the Canaanite conquest is not of slaughter.” Rather, “Yahweh tells the Israelites that he will drive out the people of the land….”[1] Similarly, Paul Copan and Matthew Flannagan argue that the language of displacement is predominant in Deuteronomy and Joshua: “Israel’s chief responsibility was to dispossess or drive out the Canaanites rather than kill them.”[2] And as Joshua Ryan Butler observes, “Being ‘driven out’ is the language of eviction, not murder.”[3] Underlying the entire account is an assumption that the Canaanites were illegitimate squatters who had no right to live on the land.

Let’s begin with the concept of ethnic cleansing. While this term has been much discussed in recent years, it only entered common usage in the early 1990s during the conflict in Yugoslavia. While the term as yet lacks a formally recognized legal definition equivalent to the definition of genocide cited above, Klejda Mulaj provides a helpful working definition:

“Ethnic cleansing is considered to be a deliberate policy designed by, and pursued under, the leadership of a nation/ethnic community or with its consent, with the view to removing an “undesirable” indigenous population of a given territory on the basis of its ethnic, national, or religious origin, or a combination of these by using systematically force and/or intimidation.”[4]

So here is our first question: does the Just War Interpreter’s account of driving out of the land satisfy Mulaj’s definition of ethnic cleansing?

Note first that at the time of the conquest, the Canaanites would have been resident in the land for several centuries. That would be sufficient to describe them as an indigenous population. Moreover, they are then targeted for expulsion because of their cultural-religious identity, and this expulsion comes through a military invasion that involves targeting population centers like Jericho and Ai, driving out the rural population (Deut. 7:1), and destroying their cultural products: “This is what you are to do to them: Break down their altars, smash their sacred stones, cut down their Asherah poles and burn their idols in the fire.” (Deut. 7:5)

To conclude, this picture of driving out an indigenous population by force and destroying their remaining cultural products would indeed appear to be a textbook instance of ethnic cleansing by Mulaj’s definition. While ethnic cleansing may not be quite as morally problematic as genocide, it still is a war crime. And it still appears deeply problematic to construe a perfect God as commanding war crimes.

Ethnic cleansing is bad enough, but a closer look suggests that the Just War Interpreter’s focus on expulsion fails to exempt the Israelite actions from qualifying as genocide. To see why we can begin by noting that the Just War Interpreters tend to avoid a very important question: what happened to the rural Canaanites who failed to outrun Israel’s advancing armies? The answer provided in texts like Deuteronomy 7:2 and Joshua 6:21 is that they would have been slaughtered.

With that grisly detail in mind, we can now put together the picture provided by the Just War Interpreters. While the Israelites did not enter the land intent on killing every single Canaanite, that intent is not required for an action to qualify as genocide. However, they did enter intent on forcibly driving out the Canaanites, slaughtering every Canaanite who remained, and destroying every manifestation of Canaanite culture to the end of destroying Canaanite identity as such. The assertions of the Just War Interpreters to the contrary notwithstanding, these actions clearly do conform to the definition of genocide in Article II (a-c). Just imagine a contemporary situation where one religious-ethnic-cultural group attacked another to the end of displacing the other group, killing members of that group based on group identity, and destroying all aspects of the target group’s culture. Would anyone seriously dispute that these actions would qualify as genocide?

There is one final point to note, a point that is regularly overlooked by Just War Interpreters. Ask yourself: in any given society, which residents are the least mobile? The answer is the poor, the elderly, the very young, and the mentally and physically handicapped. In other words, the Canaanites most likely to escape the advancing Israelite armies would be the rich, powerful, and influential while those most likely to be left behind to face mass slaughter at the hand of the Israelites would be the weakest and most vulnerable. Does that sound like a just, wise, and merciful policy from a perfect God?

To conclude, the Just War Interpreters offer some important caveats when reading the biblical text, not least of which is their attention to the primacy of the language of displacement over that of eradication. Nonetheless, it must be said that their argument ultimately fails to justify reclassifying the directives as being consistent with principles of just war. Rather, those actions continue to look very much like not one but two distinct war crimes: ethnic cleansing and genocide. That would suggest that a more radical approach to the problem may be required.

This article is a brief synopsis of one topic I address in chapter 9 from my book Jesus Loves Canaanites.