Stephen Law is a leading English philosopher, author, and editor for the journal Think. In his spare time, he beats the skins and climbs mountains. What I appreciate most about Stephen is his commitment to public philosophy, and that commitment is perfectly demonstrated in his new online course on critical thinking. You can check out the course here and read our brief exchange on critical thinking below. 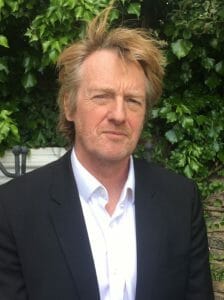 RR: According to the old saying, “A lie can travel halfway around the world before the truth can get its boots on.” Alas, that was in the good old days. In our age, the lie has racked up 40,000 likes on Twitter before the truth even gets to the sock drawer. Stephen, what’s going on? Are we getting stupid?

SL: I don’t think there’s reason to think we are getting more stupid. But we are exposed to a lot more material – via social media – and a lot of that material is unreliable. At the same time though, largely through my exposure to social media material, I now realise that much of what I used to assume was fairly reliable and impartial really wasn’t. So social media has pluses and minuses. I suspect the biggest downside introduced by social media is the all-to-familiar ‘echo chamber’ effect – on social media we tend to get exposed only to people with whom we agree – so our existing beliefs are only ever reinforced, never challenged.

RR: I am amazed, however, by how quickly people can be led to believe in rank absurdities. As we speak, the so-called QAnon cult is gaining popularity in the United States, a bizarre group that thinks Democrats and Hollywood elites are involved in a global satanic conspiracy to eat babies (among other nefarious deeds). And why do they believe this? Because some anonymous, shadowy figure named “Q” told them so. Millions believe Donald Trump won the American election despite his losing 60 court cases and, ahem, being a habitual liar. Suffice it to say, I was very happy to see you are launching a critical thinking course. It couldn’t be more timely. How would your course enable a person to be wiser when assessing various claims and navigating the world? [done]

SL: There are two important strands to critical thinking. One is developing intellectual skills – being able to spot fallacies, deconstruct an argument and expose its flaws, be aware of what cognitive biases are. The other strand is awareness – particularly self-awareness. When beliefs in which we have invested a great deal -perhaps emotionally, financially, socially – are challenged, it is an uncomfortable experience for us. The experience is called ‘cognitive dissonance’. This applies particularly to political beliefs, beliefs about religion, beliefs about friends and family, and beliefs about our careers/life projects. If I believe Chamonix is near the Matterhorn, and I discover I’m wrong, it’s an easy fix. I just change my belief. But if I worked for the tobacco industry my whole life, seeing clear evidence tobacco causes cancer is going to create a lot of dissonance. Or if I discover clear evidence my partner is a serial killer (Bundy, say), again, that’s going to be very difficult for me because of what I have invested in my beliefs about and attachments to that person. Consequently, I may well find ways to ignore, discount, or explain away the evidence against what I believe: ‘No, that research into tobacco is biased/unreliable/flawed/done by people who hate us’ etc. Being an effective critical thinker involves being aware of these deep investments we have, and not allowing them to distort our responses to new evidence and arguments. Of course, that is a REALLY hard thing to do. People who have developed only their intellectual skills, but lack the self-awareness, sometimes just use their intellectual abilities to protect their beliefs in ever more ingenious ways – to endlessly explain away evidence against what they believe, for example. So my course focuses on developing both the intellectual skills AND also that sort of self-awareness.

RR: I think it is hard to overestimate the value of what you are describing. Every day, people devote their time, money, and very lives to misguided projects. They continue down self-destructive paths. They prop up belief systems that are well past their expiration date. And before you know it, you discover that your mild-mannered sister-in-law has become a fervent QAnon evangelist on Facebook. So can you tell us a bit about the structure of the course? What can a person expect when they take it?

SL: It combines: 1. the basics of understanding arguments and how they work – with lots of illustrations, including from science, 2. classic fallacies (I go into a little more depth than some online resources), 3. cognitive biases and how to ‘de-bias’, 4. evidence including when we have strong vs weak evidence (with lots of fun examples, including bloodletting), cognitive dissonance, explaining away, and – this bit you might appreciate – when it’s reasonable to take appearance at face value and when it’s not (I don’t mention religious experience but obviously it is relevant). Some bits (e.g. I cover undercutting defeaters) are fairly non-standard in a critical thinking course, but they are the bits I have found most fun and most generally useful.