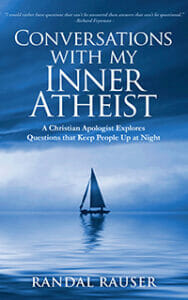 This article provides a brief general introduction to my most recent book.

I grew up in a church in which the status of your Christian faith was measured by the strength of your conviction. The serious Christian knew all the answers and had no doubts. And so, when I began to have doubts and to wrestle with questions, I largely kept them to myself. Sharing a nagging doubt or an unanswered question was equivalent to asking other people how to control dandruff or constipation: you just don’t share that kind of thing. Instead, you keep those issues to yourself. The good Christian quietly believes and that’s it.

However, the BBC movie God on Trial presents a very different picture. The film is set in the prisoners’ barracks in Auschwitz. As Jewish men face their own mortality, the question arises of whether God has been faithful to his covenant to bless his people. As they ponder this question, the men begin to talk about whether they should place God on trial to decide once and for all whether he has been faithful to his covenant with Israel. But then one man stands up in their midst of the group and fiercely reprimands the very notion as blasphemy. For a moment it seems as if the trial will not go forward. Then another man stands up and offers the following reply: “He gave us the Law. And to debate the Law even on such a terrible subject … is a kind of prayer.”

Now that’s surprising: how can doubts and questions be prayerful? Aren’t they the very sign of impiety? In fact, that man had a profound insight. In scripture, we see that the people with the most intimate relationship with God are those who are willing to share their questions and doubts. Indeed, the very name “Israel” comes from Jacob’s willingness to wrestle with the angel (Genesis 32:22-32) and time and again God’s people are willing to wrestle with their faith. Consider, for example, Abraham questioning God’s plan to destroy Sodom (Genesis 18:25), Moses persuading God to change his course of action (Exodus 32:11-14), and Job who spoke the truth of God in the midst of his questions (Job 42:7). From the cry of the psalmist to the piercing lament of Ecclesiastes, the Bible is full of questions and doubts. And they all testify not to the absence or tenuous nature of relationship, but rather to its strength and intimacy.

In my own life, I call that inner voice of questioning and doubt “My Inner Atheist”, “Mia” for short. I used to try to keep Mia quiet, fearful of the questions she would raise, worried that she might upend my faith. But this only worked for so long as eventually, I had to admit that she regularly raised difficult, nagging questions. For example, she would challenge me to explain how God’s Law could include such seemingly cruel punishments as the stoning of insubordinate children (Deuteronomy 21:18-21). And she would ask how Jesus could respond to a woman’s plea for the healing of her child by saying it is not right to give the children’s food to the dogs (Matthew 15:26).

In my book Conversations with My Inner Atheist, I go from avoiding Mia’s queries to facing them head-on by working through 25 questions like these. In some cases, I believe I offered sound responses and my faith has been strengthened and deepened as a result. In other cases, I find that I am still working things out. But in all cases, I find that the exercise of facing my doubts and questions in their strongest form has led to me finding my own way into what it means to be true Israel by wrestling with my faith.

As I said at the beginning of this article, I grew up thinking that Christian faith was measured by the strength of your conviction. But I now believe that for people like myself, the real measure of my Christian faith is found as much in the strength of my resolve to maintain faith despite the doubts and questions, and even to find my faith within them.